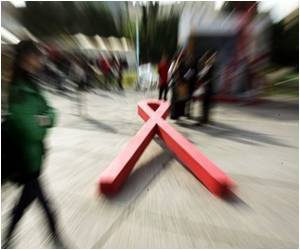 In Russia last year, more than 69,000 new cases of HIV were recorded.

Signalling that there has been no letdown in the rising spread of the virus, Gennady Onishchenko told a scientific conference in Moscow that around 720,000 people have been diagnosed with HIV in Russia since 1987, when the first case was officially registered.

Onishchenko said more than 6,300 of those cases were among children aged below 14.

Russia has struggled to tackle its combat its HIV epidemic since the fall of the Soviet Union.
Advertisement
Drug use remains the main transmission route for the disease, with contaminated needles accounting for 56 percent of all infections, Onishchenko said.

But sexual contact, mostly heterosexual, is gaining in prominence. Almost 40 percent of the people that contracted HIV in 2011 did so through sexual contact - a 4.5-percent increase on the previous three years.

The Russian government has earmarked 19 billion rubles ($600 million) for HIV prevention and treatment in 2012-2013, according to Health and Social Development Ministry data.

The UN says the number of HIV-positive people around the world is estimated at 34.2 million.

In 2011, about 1.7 million people died from AIDS-related causes worldwide.