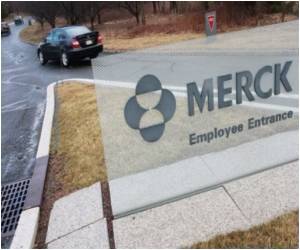 A drug called Boceprevir has shown encouraging results in treating hepatitis C, says study published in NEJM. Hepatitis C is a disease which attacks the liver.

This study represents a remarkable advance and a potential cure for people with hepatitis C who have not responded to previous therapy," said co-author Stuart Gordon, from the Henry Ford Hospital in Detroit.

"This study ushers in a new era of drug development that will provide a host of antiviral agents to treat hepatitis C, and we are now witnessing dramatic and rapid advances in how we will be able to treat these patients."


The results published in the March 31 edition of the New England Journal of Medicine reveal the effectiveness of a drug called boceprevir in treating hepatitis C, a chronic viral disease affecting some 3.2 million Americans.

How many of us know that the liver is a vital organ the size of an American Football? To understand more about the liver and its functions spend a few minutes taking part in this quiz.
Advertisement
In the past the disease could be spread through contact with infected blood products, and is still contracted by drug users sharing needles or straws during the use of cocaine, or by unprotected sex with a sufferer.

Most people infected with the disease live symptom-free for years, but once it is discovered it is often too late for it to respond to the current two-drug treatment.

In the study, more than 1,000 patients from several countries including the United States and Canada were divided into three groups.

All three groups received the current two-drug treatment of peginterferon and ribavirine (Rebetol) for four weeks.

One control group then continued to take the same treatment for another 44 weeks, a second group added boceprevir to the two other drugs for 32 weeks, and a third group took the three-drug cocktail for 44 weeks.

The two groups which received doses of boceprevir showed a better response, and in some cases the virus even disappeared from their blood.

Boceprevir specifically targets the hepatitis C virus and inhibits it from replicating in the patient's body. In group two, 59 percent of patients responded to the treatment and in group three in 66 percent.

A virological response is generally taken to mean the virus has been wiped out from the patient's body.

Boceprevir, which has been developed by Merck, is currently undergoing review before being approved for general use by the Food and Drug Administration.