India may lose its IT edge over others as employees in the sector are increasingly becoming prone to health hazards and a "dedicated health policy" would be formulated soon to tackle this, Health Minister Anbumani Ramadoss said Thursday.

"So far, we were hearing about stress in the IT sectors, but I am getting reports of heart diseases, skin problems and mental disorders in this sector. The sector is booming, and we need to take care of it," Ramadoss said.

The minister said he had had a word with Communications and IT Minister A. Raja on the matter and both were keen on a new health plan for the sector.


"I am meeting Mr. Raja again and in the next two-three weeks we are going to have a draft plan ready. A mega IT conference is going to take place in Bangalore to discuss it," he told IANS on the sidelines of a function here.

He said in the next four months a dedicated policy would be in place for the IT sector, which would take care of the health concerns of the workforce and also the necessary safeguard measures.

According to the minister, IT professionals get huge salaries but don't know how to spend it. "They maintain a sedentary lifestyle, take drugs and often succumb to HIV/AIDS. Some get heart attacks in their mid-20s, which is a loss to the company and the country."

Quoting a study by the Journal of Occupational and Environmental Medicine, the minister said reducing just one health risk increases on-the-job productivity by 9 percent and cuts absenteeism by 2 percent.

"India is home to nearly 600 million youngsters, double the total population of the US. If we cannot take care of their health and provide them good working atmosphere, then the country will lose its advantage," he said.

"We know that divorce and marital discord are increasing among the employees in the IT sector, and this new plan will address this social issue as well," Ramadoss said.

The More You Work, the Less You Sleep
The time you spend working is the single most important factor that has an impact on your sleep, reveals a new study.
READ MORE 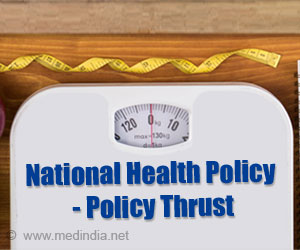