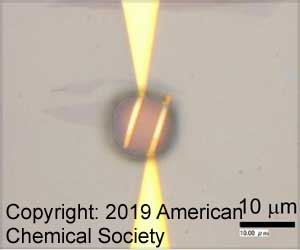 Currently, biosensors are being used in healthcare to monitor blood glucose. However, a new study suggests that they can also detect stomach-cancer causing bacteria.

Researchers at Osaka University have invented a new biosensor using graphene--a material consisting of a one-atom-thick layer of carbon--to detect bacteria such as those that attack the stomach lining and that have been linked to stomach cancer. When the bacteria interact with the biosensor, chemical reactions are triggered which are detected by the graphene. To enable detection of the chemical reaction products, the researchers used microfluidics to contain the bacteria in extremely tiny droplets close to the sensor surface.


To get the bacteria to stick, the researchers covered the graphene with antibodies, a common way of anchoring bacteria to biosensor surfaces. However, although antibodies are very small (~10 nm), on the atomic scale and compared with the atom-thin layer of graphene, they are actually quite large and bulky. While the bacteria interact with the antibodies, the graphene cannot detect those bacteria directly as the antibodies on its surface block the signal; this signal blocking effect is referred to as Debye screening.


‘A graphene-based biosensor has been developed to detect stomach-cancer causing bacteria. Chemical reactions are triggered when the bacteria interact with the biosensor, which are detected by the graphene.’


To overcome the Debye screening limitation, the researchers instead decided to monitor chemical reactions being performed by the bacteria in the presence of certain chemicals, which they added to the tiny water droplet.

The chemicals produced in the reactions are far smaller than the antibodies and can slip between them easily and reach the graphene surface. By only analyzing the bacteria in tiny droplets generated through microfluidics, the bacteria and their reaction products can be kept close to the graphene surface and the concentration of the reaction products can even be monitored over time.

"Our biosensor enables highly sensitive and quantitative detection of bacteria that cause stomach ulcers and stomach cancer by limiting its reaction in a well-defined microvolume," study co-author Kazuhiko Matsumoto says.

The graphene sensing surface is able to feedback electrical signals that vary depending on how much of the reaction product is present in the microdroplet and how quickly it is accumulating. These electrical signals can be used to calculate the number of bacteria in the droplet.

The graphene is set-up in a field effect transistor (FET) structure, the role of which is to dramatically increase the electrical detection signals from the graphene sensing surface.

"Our biosensor is essentially a mini laboratory on a graphene FET. This sensor demonstrates how two-dimensional materials such as graphene are getting closer to being applied in practical medical and healthcare applications," first author Takao Ono says.

The results of the study can be used to create a whole host of these "lab-on-a-graphene-FET" biosensors to detect various different bacteria. The detection of tiny concentrations of bacteria could be achieved in less than 30 minutes; hence, this work represents the possibility of faster diagnoses for potentially harmful bacteria in future. 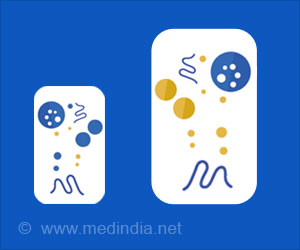 Biosimilar to Trastuzumab Approved for Breast or Metastatic Stomach Cancer
A biological product similar to the earlier USFDA approved trastuzumab has now been cleared for treatment of breast and stomach cancer.
READ MORE 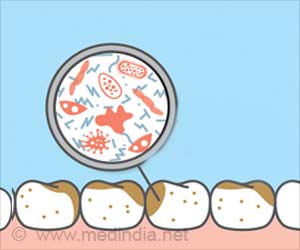