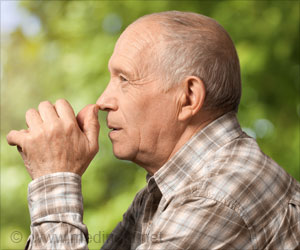 Lone mutation in a single gene identified by scientists causes an inherited form of frontotemporal dementia makes it harder for neurons in the brain to communicate with one another, leading to neurodegeneration. The study was conducted by researchers, led by Washington University School of Medicine in St. Louis.

Unlike the more common Alzheimer's disease, frontotemporal dementia tends to afflict young people. It accounts for an estimated 20 percent of all cases of early-onset dementia. Patients with the illness typically begin to suffer memory loss by their early 60s, but it can affect some people as young as their 40s, and there are no effective treatments.

Dementia has become a very big concern as we have an aging population across the world. Dementia is also terrifying to us because of its disturbing symptoms and limited treatment options.
Advertisement
‘Genetic forms of frontotemporal dementia and Alzheimer's disease are caused by rare mutations.’

The new findings zero in on the MAPT gene. That gene makes a protein called tau, which also has been associated with cognitive decline in Alzheimer's disease. Identifying the downstream effects of the mutation could help identify new treatment targets for frontotemporal dementia, Alzheimer's disease and other tau-related illnesses, including Parkinson's disease.


The study is published in the journal Translational Psychiatry.

"We have demonstrated that we can capture changes in human cells cultured in a dish that also are appearing in the brains of individuals suffering with frontotemporal dementia," said Celeste M. Karch, PhD, an assistant professor of psychiatry and one of the study's senior authors. "Importantly, the approach we are using allows us to zero in on genes and pathways that are altered in cells and in patient brains that may be influenced by compounds already approved by the FDA. We want to evaluate whether any of these compounds could prevent memory loss, or even restore memory, in people with frontotemporal dementia by improving the function of these pathways that have been disrupted."

Parkinson's disease is a neurodegenerative disease caused by progressive dopamine brain cells loss. Symptoms of Parkinson's disease are correctable to an extent.
Advertisement
Karch, with co-senior author Carlos Cruchaga, PhD, an associate professor of psychiatry, and the other co-senior author, Oscar Harari, PhD, an assistant professor of psychiatry, gathered skin samples from patients with frontotemporal dementia who were known to have a specific mutation in the MAPT gene.

"We found differences in genes and pathways related to cellular communication, suggesting the mutation alters neurons' ability to communicate," said Cruchaga. "The initial mutation in MAPT is the key change that starts the disease, and it is a potential target for therapy, but there are other genes downstream from the MAPT gene that also are good targets that may be used to treat the disease."

In neurons with the mutation, the researchers found alterations in 61 genes, including genes that make GABA receptors on brain neurons. GABA receptors are the major inhibitory receptors in the brain, and they are key to several types of communication between brain cells.

The researchers identified similar disruptions in genes that make GABA receptors when they did experiments in animal models and analyzed brain tissue from patients who had died with frontotemporal dementia. They also looked at findings from a genomewide association study of more than 2,000 patients with frontotemporal dementia and more than 4,000 without the disorder. That analysis also pointed to GABA-related genes as potential targets.

"Using our stem cell-derived neurons, we have the opportunity, in human tissue, to target some of those GABA genes in advance of the neurodegeneration we see in the postmortem tissue we study," said Harari. "So, at least in cell cultures, we can learn whether potential therapies prevent the damage caused by inherited forms of frontotemporal dementia."

And by studying rare, inherited forms of brain diseases, the researchers believe they will learn a great deal about how to treat the more common forms of those disorders.

"But they have much in common with the more typical cases of those diseases. If we understand these cases caused by inherited mutations, we also should better understand the common forms of these diseases."

Alzheimer''s disease is a progressive neurodegenerative disease affecting memory and thinking and making the person increasingly dependent on others.
Advertisement
<< Fresh Insights into Huntington's Disease
Study on Concussion in Football's Youngest Players >>

Parkinson's disease is a disease of the central nervous system. Here's an interesting quiz to find out more about this degenerative disorder.