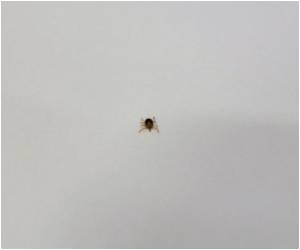 German researchers have developed a gel that can protect us against tick bites - sometimes the bites can result in Lyme borreliosis, damaging joints and organs.

If found in time, it can be successfully treated. But it generally goes undected.  If patients exhibit the disease-specific rash known as erythema migrans, doctors will prescribe antibiotics for several weeks. However, if the disease has progressed far and is chronic, it is very difficult to treat.

Currently, there is no prophylactic treatment and no vaccine against the infection. In the future, a new type of gel is supposed to nip the infection in the bud: the patient applies it locally immediately after the tick's bite. Researchers of the Fraunhofer Institute for Cell Therapy and Immunology IZI in Leipzig developed the medication in close cooperation with the Swiss company Ixodes AG and the Institute for Infectious Diseases and Zoonoses of the Ludwig-Maximilian University in Munich.

A quick and simple First Aid guide on how to administer treatment for Tick Bite.
Advertisement

"If the gel is applied immediately to the bite after the tick has been removed and one does not wait for any potential symptoms to show, Lyme borreliosis could be prevented. This is because during the first few days, the bacteria stay right around the spot where the tick bite occurred and spread out only after that. The active ingredient of the gel is azithromycin, which is highly effective against borrelia bacteria and kills them locally in the skin," says Dr. Jens Knauer, project manager at IZI. Unlike other antibiotics, there is no known resistance of borrelia strains against azithromycin. Another advantage of the active ingredient: it has few side effects and as a result does not stress the body. It also distinguishes itself by its good depot action of up to five days in the tissue. The treatment is successful only if the medication is applied within the first few days after the tick's bite. "This gel, however, cannot be used to treat an established infection; it is suitable only for prophylaxis," emphasizes Dr. Knauer.


The pre-clinical studies have already been completed successfully; in mice, the gel was effective even five days after a tick's bite. The application has been patented. Starting this past summer, in a clinical phase III study (www.zeckenstudie.com), the researchers are testing the medication on persons with proven tick bites.  Should the results of the pre-clinical studies be confirmed on humans, the gel will help to significantly lower the number of new infections," the expert adds. Annually, up to 60,000 are stricken with Lyme borreliosis in Germany alone, according to estimates by the Robert Koch Institute, with an upward trend - since, due to climate change, ticks are expanding their range ever further.  As soon as the gel can be purchased at the pharmacy, persons who are particularly endangered, such as forest rangers, hunters, joggers or soccer players, should always carry it with them," Knauer recommends.

A Sydney allergy practice has found an 'overwhelming majority' of a group of patients who developed a rare red meat allergy had previously had an adverse reaction to tick bites.
Advertisement
<< Earthquakes Triggered By Tropical Cyclones
Alcohol Increases Aggression In Those Who Dont Give A Thou... >>