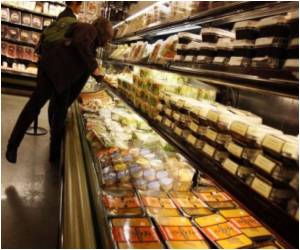 The unhealthy eating habits of shift workers should be considered as a novel occupational hazard, reveals an editorial published in this month's PLoS Medicine. The editorial draws on previous work published in the journal, which showed an association between an increased risk of type 2 diabetes and rotating patterns of shift work in US nurses.

Shift work is now a very common pattern of work in both the developed and developing world, with around 15-20% of the working population in Europe and the US engaged in shift work. It is particularly prevalent in the health care industry. Shift work is notoriously associated with poor patterns of eating, which is exacerbated by easier access to junk food compared with more healthy options.

The editors argue that working patterns should now be considered a specific risk factor for obesity and type 2 diabetes, which are currently at epidemic proportions in the developed world and likely to become so soon in the less-developed world. They go on to suggest that firm action is needed to address this epidemic, i.e. that "governments need to legislate to improve the habits of consumers and take specific steps to ensure that it is easier and cheaper to eat healthily than not". More specifically, they suggest that unhealthy eating could legitimately be considered a new form of occupational hazard and that workplaces, specifically those who employ shift workers, should lead the way in eliminating this hazard.

Diabetes has replaced every other condition to become the fastest growing lifestyle disease, globally. This disease also impacts children. Some people are more inclined to develop diabetes than others. Do you belong to the high- risk group? Spend 5 minutes to find out.
Advertisement
<< Ngozumpa Glacier Melting Rapidly
Scientists Uncover Tricks Used by Bacteria to Fight Effect ... >>

Obesity a Defense Against the Worst Effects of Unhealthy Eating

Getting fatter may be part of your body's defense against the worst effects of unhealthy eating, suggests a new study.

Health Insurance - India
News Archive
News Resource
Advertisement
News Category
Do Instant Formula Foods Cause More Harm Than Good? Is a Plant-based Meat Healthier Than Animal Products? Are You Eating Enough Fiber to Stay Healthy? Preventive Vitamin A Supplementation is Missed by 2 in 5 Indian Kids Does a Mother's Diet Affect the Quality of Breast Milk?
More News
Sign up for Wellness Consult a Doctor Sign up for Selfcare