New Finding on the Role of Hippocampus in Future Planning 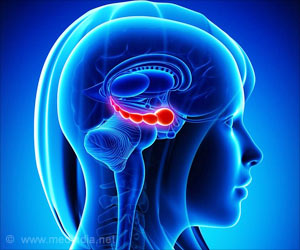 Humans have two hippocampi located one on each side of the brain which plays a vital role in the consolidation of information from short term memory into long term memory and in spatial memory. New research published in Neuron has found out that the human hippocampus is essential for future planning. The finding establishes a link between our ability to use our knowledge to plan the future effects of our actions.

The results have implications for the way we think about afflictions that affect the hippocampus, like Alzheimer's disease, as not only impacting memory but also decision-making.

The work centers on the hippocampal "cognitive map," the brain's spatial localization system discovered by University College of London's John O'Keefe, who was awarded the 2014 Nobel Prize in Physiology or Medicine. The hippocampal cognitive map has been long thought to allow us to "mentally simulate" the future outcomes of our actions as we plan into the future. However, there had previously been no direct evidence in humans that the hippocampus is actually necessary for planning.


‘Damaged hippocampus has severe implications in decision making, as in the case of people with Alzheimers or related dementias, who have problems associated with making decisions.’


"Our results show that both goal-directed planning and remembering locations in space depend on the human hippocampus" says Oliver Vikbladh, a doctoral candidate at New York University's Center for Neural Science and the paper's lead author. "By clarifying the scope of hippocampal contributions to behavior, the study may have implications for diseases that affect the hippocampus, such as epilepsy and Alzheimer's disease."

"To better understand the contribution of the hippocampus to planning, we tested patients with epilepsy, a condition known to damage this brain region, and which is sometimes treated with surgical removal of damaged, hippocampal brain tissue," explains Orrin Devinsky, director of NYU Langone Medical Center's Comprehensive Epilepsy Center and a coauthor of the paper.

The study authors compared epilepsy patients to healthy adults, as both groups undertook computer-based tests that assessed their spatial memory and ability to plan into the future. Participants were asked to recall the locations of objects in a virtual-reality arena, and to perform another task that involved learning the relationship between actions and their outcomes and to plan using that knowledge. "These tasks aim to capture functions that let us find our car in a parking lot, or planning moves ahead in a game of chess by imagining how the game will play out," explains Vikbladh.

Their results revealed that, compared to non-epilepsy participants, epilepsy patients displayed inferior spatial memory and also showed a relative tendency to plan less. In fact, those with epilepsy more likely to form habits--repeating actions that had been rewarded in the past without considering their outcomes. The scientists also were able to link the planning deficit to the extent of hippocampal damage in the epilepsy patients.

"These findings are consistent with the long-held hypothesis that the hippocampus provides a 'cognitive map'--not only for spatial localization but also for planning into the future," observes Vikbladh. "More broadly, when we talk diseases that affect the hippocampus, such as Alzheimer's, we often focus on the memory deficits--such as forgetting where you are. But there might be additional challenges, specifically, an inability to plan properly. Given that approximately 50 million people suffer from Alzheimer's or related dementias, it is critical that we understand how damage to the hippocampus affects the way we make decisions."