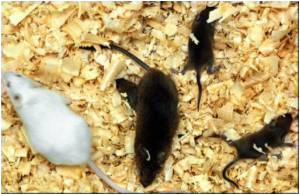 An experimental drug that inhibits the protein's effect and prolonged the lifespan in a mouse model of accelerated aging has been discovered by scientists.

The rapidly aging mice fed the experimental drug lived more than four times longer than a control group, and their lungs and vascular system were protected from accelerated aging, the new study reports.

The experimental drug could potentially be used to treat human diseases that cause accelerated aging such as chronic kidney disease, diabetes and HIV infection as well as the effects of cigarette smoking.


"A drug like this could help reduce complications in clinical conditions that reflect accelerated aging," said Douglas Vaughan, M.D., senior author of the study. "This had a very robust effect in terms of prolonging life span."
Advertisement
Vaughan is the chair of medicine and the Irving S. Cutter Professor at Northwestern University Feinberg School of Medicine and physician-in-chief at Northwestern Memorial Hospital.

This is a completely different target and different drug than anything else being investigated for potential effects in prolonging life, Vaughan noted.

While the experimental drug is in the early stages of testing, Vaughan said, "It makes sense that this might be one component of a cocktail of drugs or supplements that a person might take in the future to extend their healthy life."

The study was published April 28 in Proceedings of the National Academy of Sciences.

The experimental drug, TM5441, is one of only several chosen each year by the National Institute on Aging to be tested in its Interventions Testing Program, which investigates treatments with the potential to extend lifespan and delay disease in mice.

The discovery is the result of 25 years of research by Vaughan's lab.

When cells or tissue age -- called senescence -- they lose the ability to regenerate and secrete certain proteins, like a distinctive fingerprint. One of those proteins, PAI-1 (plasminogen activator inhibitor) has been the focus of Vaughan's research, originally as it relates to cardiovascular disease.

For the study, he and colleagues used mice bred to be deficient in a gene (Klotho) that suppresses aging. These mice exhibit accelerated aging in the form of arteriosclerosis, neurodegeneration, osteoporosis and emphysema and have much shorter life spans than regular mice. Vaughan determined that these rapidly aging mice produce increased levels of PAI-1 in their blood and tissue.

Then scientists fed the rapidly aging mice TM5441 -- the experimental drug -- in their food every day. The result was a decrease in PAI-1 activity (the aging protein Vaughan's team had identified), which quadrupled the mice's life span and kept their organs healthy and functioning.

Adjuvant Chemotherapy may Cause a Spike in Markers of Ageing in the Blood of Breast Cancer Survivors
An acceleration in the pace of physiologic ageing is observed after adjuvant chemotherapy is used .....

FAT10 Gene Deletion Slows Down Ageing, Reduces Body Fat
Crucial role is being played by a single gene in coordinating the immune system and metabolism and ....