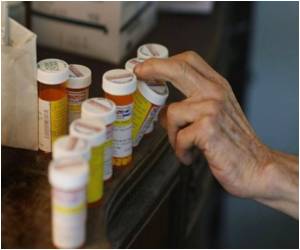 The drug, so far tested on animals, has been effective on a virus closely related to the one that causes measles, having reduced virus levels and prevented death.

Despite major progress to contain the highly-contagious disease worldwide, measles has caused around 150,000 deaths annually since 2007, according to the study, which appeared in the journal Science Translational Medicine.


A European resurgence of the measles-causing morbillivirus, previously considered contained on that continent, is due in large part to insufficient vaccination rates, mostly because parents opt out of vaccinating their children.

Researchers tested the drug, ERDRP-0519, on the canine distemper virus, which is deadly in ferrets.

Treatment with the new antivirus, which blocks replication of the pathogen, allowed the animals to survive infection, remain disease-free and develop a robust immunity against the virus.

- Not a vaccine alternative -

"The emergence of strong antiviral immunity in treated animals is particularly encouraging, since it suggests that the drug may not only save an infected individual from disease but contribute to closing measles immunity gaps in a population," said Richard Plemper of the Institute for Biomedical Sciences at Georgia State University.

The new antivirus was developed by the facility, along with the Emory Institute for Drug Development and the Paul-Ehrlich-Institute in Germany.

The treatment, which "can be produced cost-effectively, stockpiled and administered by mouth, could boost eradication efforts by rapidly suppressing the spread of the virus during local outbreaks," a statement by Georgia State University said.

The drug should be effective in treating friends, family and others who may have come in contact with a measles-infected person but are not yet demonstrating symptoms, Plemper said.

But the treatment is not meant to be the primary means for fighting measles, Plemper said.

"We really want to emphasize and make very clear that this drug was not developed as a possible alternative to vaccination," he said.

Plemper added that a 90 percent vaccination rate was needed for a population to prevent transmission of the disease.

In Europe, however, the vaccination rate varies between 60 and 90 percent depending on the country. In the United States, the rate exceeds 90 percent.

The researches noted that the virus could develop resistance to the antiviral drug. But the study also showed that the resistant viruses were usually less virulent and their transmission was impaired compared with non-resistant strains.

Scientists will next test the drug on monkeys before doing clinical trials on humans in the next few years, Plemper added.

One in three unvaccinated people who contract the measles develop pneumonia or inflammation of the brain, the researchers said. 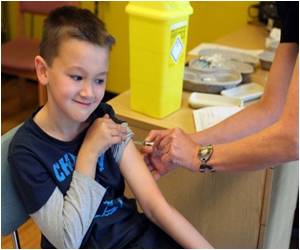 Health Officials Worry Over 15 Measles Cases in California This Year
With 15 cases of measles being reported this year in California, US health officials have urged people to get vaccinated when travelling outside America.
READ MORE

Measles Deaths Drastically Reduced, but for Crisis Zones Like Syria
The number of people dying from measles has reduced drastically, thanks to the mass vaccination campaigns, except for the outbreaks in crisis zones like Syria, said the UN on Thursday.
READ MORE

Measles Eliminated in the US, Risks Still Remain
With a huge number of patients now refusing to vaccinate their children against the disease, measles may now make a scary comeback in the US, where it was eradicated for 10 years
READ MORE