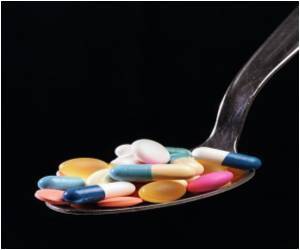 New drugs are being advertised for their benefits, while their side effects are being deliberately ignored by drug companies,states a study.

The study found up to 85 percent of new drugs offer few benefits while having the potential to cause serious harm due to toxicity or misuse.

The study was carried out by Donald Light, professor of comparative health policy at the University of Medicine and Dentistry in New Jersey.


"Sometimes drug companies hide or downplay information about serious side-effects of new drugs and overstate the drugs' benefits," the Independent quoted him as saying.

"Doctors may get misleading information and then misinform patients about the risks of a new drug," he stated.

Professor Light said hyping a drug began with clinical trials designed to minimise evidence of harm and published literature that emphasised its advantages.

Building on this foundation, pharmaceutical companies staged massive campaigns to sell the product, when a controlled limited launch would allow evidence of its effects to be gathered, he argued.

He accused companies of conducting a "swamp the regulator" policy bombarding the bodies that award drug licences with large numbers of "incomplete, partial, sub-standard clinical trials".

One study of 111 final applications for approval found that 42 percent were missing data from adequately randomised trials, 40 percent were supported by flawed testing of dosages, 39 percent lacked evidence of clinical efficacy, and 49 percent raised concerns about serious adverse side-effects, he added.

Drug toxicity is an adverse reaction of the body towards a drug that results as a side effect of a drug, reaction to a drug or drug abuse.
Advertisement
<< Recovery in Breast Cancer Survivors Boosted by Yoga
Scientists Uncover Achilles Heel of Chronic Inflammatory Pa... >>