An experimental drug so far only tested on animals has been given to an Australian woman and child in an effort to prevent an outbreak of a potentially deadly virus, health officials said Tuesday.

The health department in the northeastern state of Queensland said the pair were given the treatment, which has been tested on ferrets, to protect against the Hendra virus, which is spread to humans from horses.


"Queensland Health offered the mother and daughter preventative therapy treatment which is still under development," a spokesman said.


The Hendra virus, which has killed four people in Australia since is was first documented in 1994, is understood to be carried by fruit bats and spread via their urine, other bodily fluids and droppings.

The bats, which have no symptoms of the disease, then pass the infection to horses, possibly via half-chewed fruit or other water or food they contaminate, and these animals then transmit it to humans through close contact.

The mother and her 12-year-old daughter were potentially exposed to the virus after the girl's horse died from the disease two weeks ago. As of late Monday, they were in good health and showing no symptoms, the spokesman said.

With fruit bat populations growing and moving around Australia, health officials are hoping to begin producing the anti-serum locally and are already in talks with a research foundation in the United States.

Barry Smyth, vice-president of the Australian Veterinary Association, said fruit bats, also known as flying foxes, were being found in areas they had never previously been seen, which could increase the risk of an outbreak.

"These flying fox populations, their habitat is being impacted by land clearing and urbanisation and so they have had to change their area where they normally circulate," Smyth told AFP.

"And this brings them in ever closer contact with human populations and other animal populations including horses."

The Hendra virus is difficult to detect because it produces a range of symptoms in horses -- none of which are exclusive to the virus -- and the animal can be infectious for two or three days before it shows any symptoms.

The virus, which is believed to be unique to Australia, is named after the Brisbane suburb where it was first documented and can lead to fatal respiratory illness in humans and horses. 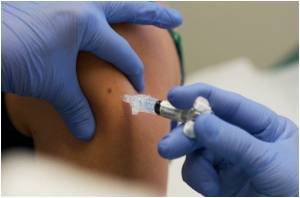 Swines can Spread Deadly Bat-borne Hendra Virus to Humans
Pigs can spread the deadly Hendra virus to humans in the same way horses do, a new research by scientists in Canada has shown.
READ MORE

Australian Scientists Discover How Horse Virus Hendra Spreads
Australian scientists with the Commonwealth Scientific and Industrial Research Organisation (CSIRO) claim to have made a breakthrough discovery on how the horse virus Hendra spreads.
READ MORE

Nipah Virus (NiV) / Hendra Virus
Nipah Virus (NiV) or Hendra virus is a deadly virus that spreads via contact with the saliva, urine, or excreta of fruit bats or pigs. Nipah outbreak is an emerging zoonosis which had resulted in fatal deaths in Kerala, India.
READ MORE