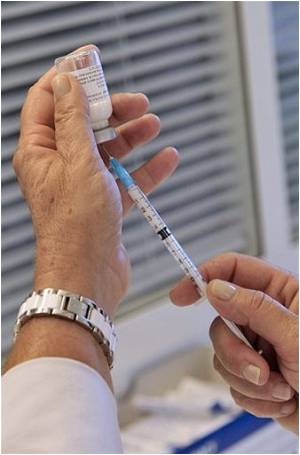 A new mechanism that explains how certain immune cells are activated to create protective antibodies against infections or pathological antibodies such as those present in autoimmune diseases like lupus and rheumatoid arthritis has been discovered by scientists.


"Our research shows that TACI and MyD88 are part of an immune circuit that bridges the innate and adaptive immune systems. This circuit makes our immune response more flexible, allowing a more effective generation of protective antibodies during infections. Genetic defects of TACI and MyD88 cause immunodeficiencies characterized by recurrent, life-threatening infections. On the other hand, an abnormally strong TACI-MyD88 interaction may exacerbate autoimmune diseases like lupus or rheumatoid arthritis," said Dr. Cerutti, lead investigator of the study.
Advertisement
"Previous studies had suggested an involvement of TACI and MyD88 in lupus. Now that we have identified this interaction, we can figure out a way to inhibit it and prevent these diseases from getting worse."

Autoimmune diseases like lupus and rheumatoid arthritis are characterized by exaggerated production of molecules that activate the adaptive immune system and abnormal antibodies, which attack normal cells causing inflammation and tissue damage. This exaggerated production may occur partly as a result of abnormally strong signaling from TACI via MyD88.

By analyzing cells and tissues from immunodeficient patients and genetically engineered mice, Dr. Cerutti's team found a previously unknown interaction between TACI and MyD88 that is important for the production of antibodies against infectious agents. Yet, the same interaction may cause the exaggerated immune response in people with autoimmune diseases.

"Our discovery provides a novel specific target, the signaling pathway between TACI and MyD88, to block the overreaction of the immune system and tissue damage in individuals with autoimmune disorders," said Dr. Cerutti. "We look forward to studying this discovery further and developing therapeutic targets that will inhibit the interaction between TACI and MyD88, preventing autoimmune diseases from progressing with fewer side effects than currently prescribed treatments."

The research is published online in the September issue of Nature Immunology.

Celiac Disease
Celiac disease is labeled as a digestive disorder associated with malabsorption as well as an ......