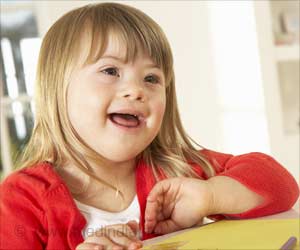 New study shows how a new drug is able to reduce the symptoms and activate the dormant neurons characteristic of Rett Syndrome in preclinical models.

The study published in the Cell Reports, led by Dr. Manel Esteller, Director of the Epigenetics and Cancer Biology Program (PEBC) of the Bellvitge Biomedical Research Institute (IDIBELL), ICREA Researcher and Professor of Genetics of the University of Barcelona, and Dr. Sonia Guil, researcher at the same IDIBELL group, has been possible thanks to the support from the Catalan and Spanish associations of the Rett Syndrome, the Carla Regatta, a Verkami crowfunding campaign, the Jérôme Leujene Foundation and the Dischrom project funded by EU.

Rett Syndrome is the second most frequent cause of intellectual disability in women, only after Down Syndrome. The main genetic cause of Rett Syndrome is the appearance of mutations in the embryo affecting the MECP2 gene, a regulator of the expression of other genes in the genome. There is no specific pharmacological treatment for the disease, so current efforts are focused on trying to control its most serious manifestations, such as epileptic and respiratory crises. "We knew for some years that the brains of Rett syndrome girls were inflamed, so we decided to test whether a drug that inhibits a central neuroinflammatory protein called glycogen synthase kinase-3B (GSK3B) could reverse part of the symptoms. As with any experimental treatment, we started with a preclinical model of the disease, studying it in mice that have the same MECP2 deficiency as in human Rett syndrome" says Dr. Manel Esteller.


"The results have been very promising; agent SB216763 has been able to lengthen the life of the animals, significantly reducing tremors, breathing difficulties and mobility limitations. But what is really remarkable is that the inhibition of GSK3B also causes an "awakening" of the sleeping neurons of the syndrome: these brain cells are now beginning to regain contact between them and communication between neuronal synapses increases", explains the IDIBELL researcher, and he concludes: "Our findings provide a new way of improving the quality of life of these patients and now it is the neurologists' job to demonstrate their applicability in patients with Rett Syndrome. In any case, we have to be aware that the mutation in the MECP2 gene is still there, and only by correcting it would we arrive at a definitive treatment of the disease."

October is Here! Let's Pass the Word on Rett Syndrome
Let's buckle up and spread awareness about Rett syndrome, a rare genetic disease resulting in ......