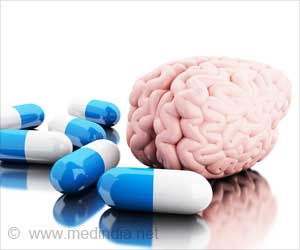 In neuromyelitis optica spectrum disorder (NMOSD) condition, the drug eculizumab, a synthetic antibody inhibits the inflammatory response, significantly reducing the risk of relapse. NMSOD is a rare but severe autoimmune inflammatory disorder and can cause blindness, paralysis and death.

Mayo Clinic researchers and international collaborators report their findings in a randomized, double blind, placebo-controlled study published in the New England Journal of Medicine. Their work also will be presented in the Emerging Science Platform session, part of the American Academy of Neurology's 71st Annual Meeting in Philadelphia May 4-10.

Neuromyelitis optica, also known as Devic's disease, occurs when the body's immune system reacts against otherwise healthy nervous system cells in the optic nerves and spinal cord, and sometimes in the brain. Neuromyelitis optica often is misdiagnosed as multiple sclerosis (MS), but neuromyelitis optica is a distinct condition characterized by more severe attacks and a less complete recovery. A single neuromyelitis optica attack can leave a patient blind or paralyzed. With each relapse, disability can worsen. It affects up to 10 in 100,000 people.


Currently, the immunosuppressive therapies used to prevent neuromyelitis optica relapses have not been approved by the Food and Drug Administration. Furthermore, 25 to 60 percent of patients receiving these medications continue to have recurring attacks, the authors note. In the Prevention of Relapses and Evaluation of Eculizumab in NMOSD Treatment (PREVENT) study, 143 adults were enrolled at 70 sites in 18 countries. All patients had aquaporin-4 immunoglobulin G (AQP4-IgG), an antibody associated with most neuromyelitis optica cases. Patients could continue on their prior therapy if desired. In addition, patients were randomly assigned to receive regular doses of a placebo or IV eculizumab.
Advertisement
The study found that treatment with eculizumab reduced the risk of relapse by 94 percent, compared with a placebo. At 48 weeks, nearly 98 percent of patients treated with eculizumab had not relapsed, compared with 63 percent for patients on the placebo.

"This study offers hope to patients, since each attack in NMO can cause loss of visual or motor function," says Sean Pittock, M.D., a Mayo Clinic neurologist and first author. "Stopping attacks can prevent disability and allow patients to maintain function and a better quality of life." Mayo Clinic is a recognized center of excellence for diagnosing and treating neuromyelitis optica. In 2002, Mayo Clinic researchers led by Claudia Lucchinetti, M.D., and colleagues described the unique pathological features of NMO and proposed that NMO is an autoimmune disease caused by one or more harmful antibodies. In 2004, Vanda Lennon, M.D., Ph.D., Brian Weinshenker, M.D., and Mayo colleagues reported the discovery of the AQP4-IgG biomarker, a blood test that differentiates neuromyelitis optica from MS and similar disorders. The AQP4-IgG antibody was subsequently shown to be able to cause nerve cell damage consistent with what Dr. Lucchinetti and colleagues reported, and AQP4-IgG is now widely considered as the cause of NMO.

"The Mayo Clinic team subsequently demonstrated that when the antibody binds to the water channel AQP4 on nerve cells, a substance called 'complement' is activated and kills the cells, causing significant injury. We thought that if we could block complement activation, then perhaps we could prevent attacks," says Dr. Pittock, director of Mayo Clinic's Center for Multiple Sclerosis and Autoimmune Neurology and Mayo's Neuroimmunology Laboratory.

Eculizumab has been used to treat disorders where complement activation causes harm, such as myasthenia gravis, a muscle disease, and paroxysmal nocturnal hemoglobinuria, a genetic disease affecting red blood cells. In an early phase clinical trial, the Mayo team observed a near complete cessation of neuromyelitis optica attacks. Based on those early results, this large multicenter, international study was performed.

"These new study results confirm the important role of complement in neuromyelitis optica and advance our understanding of how the disease works," says Dean Wingerchuk, M.D., a Mayo Clinic neurologist and senior author. "This study provides clear evidence that we can favorably alter the course of this often devastating neurologic disease."

Side effects of eculizumab include risk of meningococcal infections. Study participants were vaccinated against meningococcal infections, and no cases were reported. One person receiving eculizumab died of an infection that was not associated with complement inhibition. This study only enrolled patients with AQP4-IgG antibodies, so the findings cannot be extrapolated to other inflammatory central nervous system disorders.

Eculizumab may Prevent Inflammation in Eye Nerves and Spinal Cord Among Neuromyelitis Optica Patients: Mayo Clinic Research
Researchers at Mayo Clinic have identified a new treatment for patients suffering from ......

Eculizumab
Eculizumab is a monoclonal antibody, which is prescribed for two conditions:  Paroxysmal ......

Drugs Banned in India
Several drugs are either banned or withdrawn after introduction in the ......