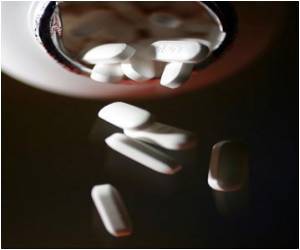 Researchers have identified ANA-12, to have potential behavioral effects when administered to mice. Researchers hope that this new molecule will have antidepressant and anti-anxiety activity in humans.

An estimated 19 million Americans suffer from depression, and though the symptoms might be recognizable, the brain chemistry that underlies them is incompletely understood. Research suggests that aberrant signaling by a chemical called Brain-Derived Neurotrophic Factor (BDNF) through its receptor TrkB, may contribute to anxiety and depression, and inhibiting this pathway in mice can reduce anxiety and depression-related behaviors. However, translating these findings to clinical studies will require the development of small molecule inhibitors of the BDNF/TrkB pathway that could be used pharmacologically.

The World Health Organization reports that depression is one of the main causes of disability affecting about 121 million people worldwide. More tragically, it claims around 850,000 lives every year. Hence, it is important that we understand this affliction to help ourselves or our loved ones to cope and, hopefully, resolve it. How well do you know the facts about depression? Take this quiz and f
Advertisement

In this paper, researchers led by Maxime Cazorla, of Columbia University in New York, and Didier Rognan, of the Universit de Strasbourg in France, describe a screen for stable small molecules that could specifically inhibit TrkB action. The researchers are hopeful that this new compound could be used to develop a new class of psychiatric drugs.

Depression can be a severe mental health problem that can lead to other health issues. Find top foods that can help fight depression.
Advertisement

Stroke patients treated with a short course of antidepressants shows significantly greater improvement in physical recovery than those treated with a placebo.
Advertisement