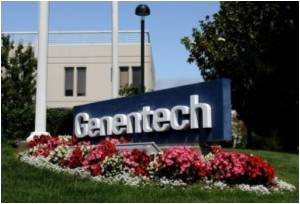 Erivedge (vismodegib) is made by Genentech, a US subsidiary of the Swiss drug giant Roche, and was approved by the Food and Drug Administration after an expedited review for drugs that offer the potential for major advances in treatment.

Basal cell cancer is a locally invading cancer. It often occurs on the face above a line joining the angle of the mouth and the ear lobe.
Advertisement

The drug is the first of its kind for patients whose basal cell carcinoma has spread either locally or to other parts of the body, or metastasized.


A trial of 96 patients showed that 30 percent of those who had metastatic disease saw a partial shrinkage of their cancerous lesions after taking the drug, which comes in the form of a once-a-day pill.

How much do you know about the human skin? Please take this quiz and find out.
Advertisement
Among those whose cancer had spread locally, 43 percent saw a complete or partial shrinkage of lesions.

"The drug is intended for use in patients with locally advanced basal cell cancer who are not candidates for surgery or radiation and for patients whose cancer has spread to other parts of the body," said the FDA.

The drug works by inhibiting a pathway that is active in most basal cell cancers, said Richard Pazdur, director of the Office of Hematology and Oncology Products in the FDA's Center for Drug Evaluation and Research.

"Our understanding of molecular pathways involved in cancer, such as the Hedgehog pathway, has enabled the development of targeted drugs for specific diseases," said Pazdur.

"This approach is becoming more common and will potentially allow cancer drugs to be developed more quickly. This is important for patients who will have access to more effective therapies with potentially fewer side effects."

More than a million new cases of basal cell carcinoma are diagnosed in the United States each year, but fewer than 1,000 are fatal, according to the National Cancer Institute.

Basal cell carcinoma grows on the outer layer of the skin and is most common in light-skinned people who have been overexposed to sun or radiation.

Did u know that simple changes in lifestyle could lower your cancer risks? Find out how!
Advertisement
<< Device Reading 'Code of Life' In Hours Impresses Davos
Novel Approach for Improving Endothelial Function in Heart ... >>