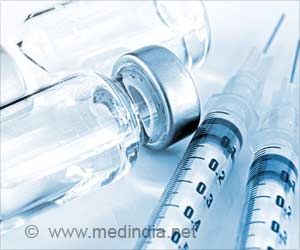 Waldenström macroglobulinemia (WM) is a rare form of lymphoma, which does not have any known cures. It is challenging to these patients as there is only one FDA-approved treatment. The researchers took the novel approach of targeting specific cell proteins that control DNA information using inhibitors. They even used drugs that were effective in reducing the growth of the cancer cells and when combined with a third drug showed greater success in killing the WM cancer cells. This can lead to more effective treatment options.

Sherine Elsawa, associate professor of molecular, cellular and biomedical sciences said, "This is the first study to report the promising results of BET inhibitors in Waldenström macroglobulinemia which could open the door to new clinical possibilities. We know that targeting these types of proteins with inhibitors can increase high therapeutic results in many other kinds of cancer but desired results in WM cells has been lacking."

Phototherapy technology can completely eliminate cancer cells by reducing the pain of chemotherapy and minimizing side effects after treatment.
Advertisement
‘Waldenström macroglobulinemia (WM) is a rare form of lymphoma which can be effectively treated with a combination of ibrutinib and JQ1 inhibitors that increases the efficacy of ibrutinib.’
Read More..

The study conducted by researchers at the University of New Hampshire is published in the journal Epigenomics.


For the study, the researchers focused on the epigenetic (which is the study of how DNA is opened and closed to allow certain genes to be expressed or encoded) regulation of WM cancer cells. Each protein has a specific function like writing, reading, interpreting or erasing the genetic code.

Follicular lymphoma is a slow growing cancer of the lymph nodes. It is the most common form of slow growing B-cell non-Hodgkin's lymphoma.
Advertisement
The researchers focused on two epigenetic readers proteins- bromodomain and extraterminal (BET) which are involved in pathological conditions including cancer. By using drugs to target these proteins can block the gene expression that regulates cancer cells by slowing and stopping their growth.

In the lab, WM cancer cells were treated with the BET inhibitors JQ-1 and I-BET-762 which reduced the growth of the WM cells. For both the drugs, dose dependent effect was significant. However, at the highest dose JQ-1 showed the strongest inhibitory effect with 70 percent reduction in cell proliferation. None of the inhibitors were effective in inducing cell death.

The researchers then added three different drugs, venetoclax, panabinostat, and ibrutinib one at a time in combination with the BET inhibitors (JQ-1 and I-BET-762). Ibrutinib is the only FDA approved therapy specifically for WM patients.

It was found that adding venetoclax or panabinostat to the inhibitors was much more effective than adding ibrutinib. Panobinostat offered the greatest combination therapy. Even though using ibrutinib alone has shown in WM patients, the study suggests that epigenetic targeting is likely to provide a better therapeutic outcome. WM patients given ibrutinib therapy can benefit from the addition of JQ1 which may enhance the efficacy of ibrutinib.

Making up for 2.9% of all cancers, Leukemia is a serious condition. Do you know all about it? Test your knowledge with this quiz.
Advertisement
<< Discrimination Linked to Anxiety Risk
Anti Diabetic Drug Metformin Reduces Mortality In COVID-19 P... >>

Ibrutinib  Leukemia Drug may be Effective in Brain Tumor

Ibrutinib, an FDA-approved drug for lymphoma and leukemia, may also help treat and improve poor survival rates for glioblastoma, the most common and deadliest type of brain tumor. It may also be more effective than chemotherapy.