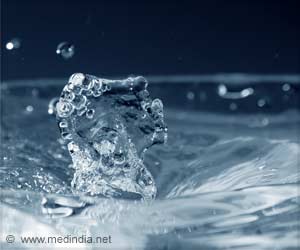 New desalination technique that removes salt from water using less energy than previous methods may make it a little easier to provide safer drinking water to those in need.

"Globally, there is reduced access to fresh water," said one of the researchers Bruce Logan, Professor at Pennsylvania State University in the US.

Advertisement
‘Battery electrode deionization could be effective as a low energy desalination method for slightly salty water, such as groundwater, or for desalinating water before it enters treatment plants.’

"More and more, the waters that are being used are impaired, either due to salt or other contaminants, so we are seeing an increasing need to rely on less optimal water sources," Logan said.


With an aim to combat this problem, Logan and his colleagues came up with a desalination method called battery electrode deionization (BDI).

Although the current configuration is not suited to desalinate extremely salty water such as seawater, the results, published in the journal Environmental Science & Technology Letters, showed that the BDI technique could be effective as a low energy method for brackish, or slightly salty, water, such as groundwater, or for desalinating water before it enters treatment plants.
Advertisement
"There is nothing that inherently prevents its use with seawater, it's just that as water gets saltier and saltier, there are other issues that we have to contend with, such as increased energy consumption and membrane fouling, that may reduce its utility relative to other approaches," Logan said.

The new method improves upon standard capacitive deionisation techniques by eliminating the regeneration stage and lowering the voltage required to complete the process, the study said.

Purest Fresh Water Found at Puerto Williams in Chile
Fresh water is a very scarce asset and it identifies the Cabo de Hornos reserve as a "natural ......

Warmer Temperature May Increase or Decrease Species Diversity
There is no universal rule about how species diversity is affected by warming temperatures and ......