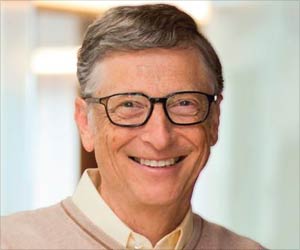 Dr. Matthew Verghese is a hero to the likes of Microsoft co-founder and philanthropist Bill Gates. An orthopedic surgeon by profession, he runs India's last ward for polio patients at New Delhi's St Stephen's Hospital.

Recently, Bill Gates wrote about him in his blog called GatesNotes, the blog of Bill Gates. He called the good doctor one of the five people in the world he considers a real life hero. It is a proud moment to get featured in GatesNotes.

Advertisement
‘Bill Gates branded Dr. Matthew Verghese from New Delhis St Stephens Hospital as one of the five persons in the world who he feels is a real-life hero.’

However, instead of rejoicing, the doctor said "the recognition doesn't make a difference" to what he does. Since January 2011, there have been zero new cases of polio recorded in Delhi. But for those who were diagnosed earlier, Dr Verghese is their saviour, taking care of reconstructive surgeries, medicine and treatment.


Though polio was eliminated from India in 2011, thousands of people continue to struggle with the lasting impact of the disease.

Varghese has been treating and operating on numerous polio victims at the St Stephen's Hospital since the 1980s. Dr Verghese says he looks forward to a time he doesn't have to see any patient at all.

Source: Medindia
Advertisement
<< How Does Breast Cancer Spread to the Lungs?
Insight on Nervous System Adaptation to Ischemic Damage >>

Bill Gates Worried About Global Pandemic in the Next Decade
Bill Gates is hoping the human race can make it through the next decade without any serious ......

Bill Gates Hopeful For an AIDS Vaccine Within the Next 10 Years
Bill Gates said that the quest for an AIDS vaccine has taken longer than expected, and he hopes for ...