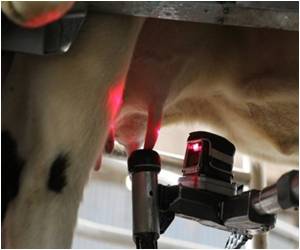 In Saudi Arabia, an elderly man has died from the MERS virus, bringing the death toll to 33, says the health ministry.

The 81-year-old man died in Eastern Province, where most cases of coronavirus have been registered, the ministry said on its website late Friday.

It said two more people contracted the virus, including a 41-year-old Saudi woman who had contact with an infected person, and a Saudi man, 32, who had been diagnosed with cancer.


The ministry said it had now recorded 55 cases of infection, 33 of whom had died.

The World Health Organisation said on Monday that 64 laboratory-confirmed cases of the disease, dubbed Middle East Respiratory Syndrome (MERS), had surfaced worldwide to date, including 38 deaths.

While most of the cases have been concentrated in Saudi Arabia, the virus has also spread to neighbouring Jordan, Qatar and the United Arab Emirates.

Cases have also been found in France, Germany, Italy, Tunisia and Britain, although mainly concerning patients transferred there for care from the Middle East or who had travelled to the Middle East and become ill after they returned, the WHO said.

The virus is a member of the coronavirus family, which includes the pathogen that causes Severe Acute Respiratory Syndrome (SARS).

SARS sparked global panic in 2003 after it jumped to humans from animals in Asia and killed some 800 people.

Like SARS, MERS appears to cause a lung infection, with patients suffering from fever, coughing and breathing difficulties. But it differs in that it also causes rapid kidney failure.

Quiz on Lung Cancer (Advance)
Lung cancer, like other cancers, is a dreaded condition responsible for a number of deaths in both men and women. Test your knowledge on lung cancer by taking this quiz. ...
READ MORE