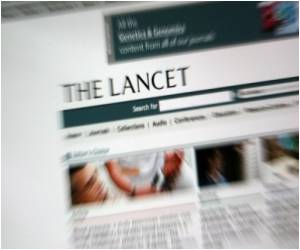 A prototype vaccine devised and tested in China has proven 100-percent effective in preventing hepatitis E, a disease that is widespread in the developing world and can be fatal, investigators reported in The Lancet on Monday.

The formula, tested on 100,000 volunteers in Jiangsu provinces, was completely effective after three doses and side effects were "few and mild", they said.

The hepatitis E virus, often transmitted by faecal contamination of water supplies, causes liver inflammation, whose symptoms are jaundice, fever and vomiting. It was only recognised as a distinct disease 30 years ago.


Around a third of the world's population have been infected by the virus, according to figures cited in the study.

Mortality from the disease is low, but people with chronic liver disease and pregnant mothers and their foetuses are badly at risk.
Advertisement
The Jiangsu trial is the third and final phase of the process to assess a new vaccine for safety and effectiveness.

The trialled formula, codenamed HEV 239, is a recombinant vaccine, meaning that it includes a protein from the virus designed to stimulate the body's immune defences.

It was administered to 48,000 healthy adults aged 16-65, while an identical group of counterparts received a placebo. Three doses were issued over six months, and the volunteers were then monitored for a year.

Fifteen fell ill with hepatitis E in the placebo group, but there were no cases in the vaccine group.

Another piece of good news is that the vaccine was also fully effective among those who had received only two doses.

"During a hepatitis E outbreak, or for travellers to an endemic area, protection can be quickly obtained by two vaccine doses given within one month," said the study, headed by Nin-Shao Xia, of the Institute of Diagnostic and Vaccine Development in Infectious Diseases in Xiamen.

Tests for Hepatitis
Hepatitis is an inflammation of the liver. Hepatitis virus panel is a series of blood tests to diagn...