New Brain Mechanism That Limits the Impact of Cocaine identified 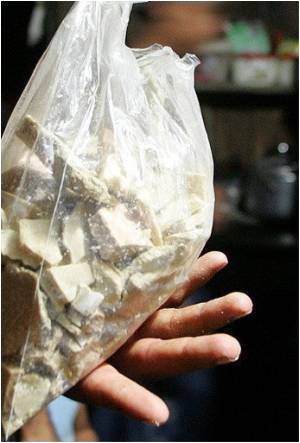 A novel mechanism of the brain that limits the rewarding effect of cocaine has been identified by scientists.

Drug addiction is associated with persistent and abnormal changes in the reward circuitry of the brain, and drug-induced changes in gene expression are thought to contribute to addiction behaviors. Recent research with rodent models of addiction has implicated histone deacetylases (HDACs), which are modulators of gene expression, in the regulation of cocaine-induced behaviors. However, how cocaine regulates the function of HDACs and whether this regulation can modify addiction-related behaviors was not known.

"HDAC5 in the nucleus accumbens, a key brain region involved in drug abuse, limits the rewarding impact of cocaine and the long-lasting memory of places where the drug was taken, particularly after prior cocaine exposure," explains senior study author Dr. Christopher W. Cowan from the University of Texas Southwestern Medical Center. "However, it was not clear whether this was a passive role for HDAC5 or whether drugs of abuse might regulate its function after drug exposure." In the current study, Dr. Cowan and colleagues explored how cocaine might regulate HDAC5 and the development of drug reward-associated behaviors.


Using a rodent model, the researchers discovered that cocaine triggered a novel signaling pathway that caused HDAC5 to move to the cell nucleus, where gene expression occurs, and they found that this process was essential for HDAC5 to limit the development of cocaine reward-associated behaviors. "Our findings reveal a new molecular mechanism by which cocaine regulates HDAC5 function to antagonize the rewarding impact of cocaine, likely by putting a brake on drug-stimulated genes that would normally support drug-induced behavioral changes," concludes Dr. Cowan. "Deficits in this process may contribute to the development of maladaptive behaviors associated with addiction following repeated drug use in humans and may help to explain why some people are more vulnerable to addiction than others."

Source: Eurekalert
Advertisement
<< High Doses of Vitamin D Do Not Reduce COPD Exacerbations
'Yoga can Damage Your Body'- Says an Article from NYT >>