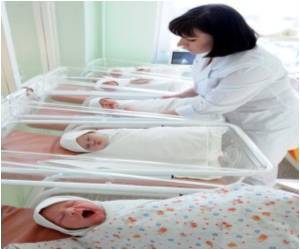 New-born babies do not have to wait to become older to go online; through a webcam they can make their presence known to everyone right now.

Babycams are being rolled out at five private hospitals in NSW next month and will allow parents to use live video streaming to introduce their new additions to family and friends on the other side of the world.

The Look@MyBaby cameras are also being attached to the cribs of babies in round-the-clock special-needs care, so mum and dad can check up on their sick child's condition from home or elsewhere.


The webcams, which are the size of an iPod and mounted on top of the baby's bassinet, were first trialled 18 months ago at Mater Hospital in Townsville, helping soldiers from a nearby army base to stay in touch with their newborns when stationed abroad.
Advertisement
Parents who sign up for the service receive a link to a webpage that they can send to relatives and friends, or share on Facebook.

Deborah Latta of Prince of Wales hospital said cabling was being laid to cover all 28 post-natal beds in the eastern Sydney hospital's maternity ward.

"If the mum and dad have to go home and they call the hospital saying, 'We've woken up at three in the morning and we really want to see our baby, can you switch it on for us?' we can do it," the Daily Telegraph quoted Latta as saying.

"Sometimes it might be that the mum and dad are inundated with people wanting to come in and if they can settle people down and give them a way of seeing the baby, it will reduce the number of visitors if they're not up for that," added Latta.

The babycam is now in place at about a dozen hospitals across the country, with a total of 50 Australian hospitals requesting the service.

Clayton Neilson of Look@MyBaby said he expects the cameras to be in 100 hospitals by the beginning of 2011, filming 200,000 babies a year.

The technology has already been picked up in Singapore, Malaysia and Thailand.

"The biggest positive of all is the special-needs babies.

"I've had tremendous, heartfelt messages from a couple of parents with special-needs babies," he said.