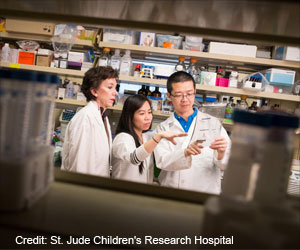 Bioengineers have developed a new "hand that sees" which is able to reach for and grasp objects automatically, responding ten times quicker than current prosthetics, offering new hope to amputees.

The bionic hand is fitted with a 99p camera. The hand "see" an object, assesses its shape and size and picks the most appropriate grasp and sends a signal to the hand -- all within a matter of milliseconds and triggers a series of movements in the hand ten times faster than any other limb currently available.

Nigel Ackland, 54, is the recipient of the most advanced prosthetic limb in the world - the bebionic3 which enables him tie his shoe laces.
Advertisement
‘Bioengineers have developed a bionic hand which can respond automatically, in fact just like a real hand, the user can reach out and pick up a cup or a biscuit.’

"Using computer vision, we have developed a bionic hand which can respond automatically -- in fact, just like a real hand, the user can reach out and pick up a cup or a biscuit with nothing more than a quick glance in the right direction," said Kianoush Nazarpour, senior lecturer at Newcastle University.


In addition, the hand allows the wearer to reach for objects automatically, without thinking -- just like a real hand.

It bypasses the usual processes which require the user to see the object, physically stimulate the muscles in the arm and trigger a movement in the prosthetic limb, the researchers said, in the paper published in the Journal of Neural Engineering.

A 58-year old engineer became the first man in Britain to be fitted with a new type of bionic hand.
Advertisement
Responsiveness has been one of the main barriers to artificial limbs. For many amputees the reference point is their healthy arm or leg so prosthetics seem slow and cumbersome in comparison.

"Now, for the first time in a century, we have developed an 'intuitive' hand that can react without thinking," Nazarpour said.

In the music video Scream 'n' Shout, a human hand can be seen clasping what appears to be a sophisticated robot hand stolen from the set of a high-budget sci-fi film.
Advertisement
<< Maternal Folic Acid Levels may Boost Kids' Psychological De...
Tweaking Microbial Minions to Treat Pancreatitis >>

A mind-controlled bionic hand devised by European surgeons and engineers brings back the function of hand, almost as well as a flesh-and-blood transplant.