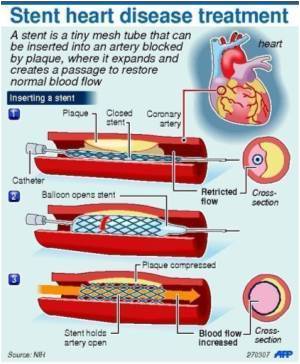 In a match-up of Japan's top drug-releasing stent and a new device featuring a biodegradable coating, the newcomer delivered statistically comparable one-year results.

This is according to data from the NEXT trial presented at the American College of Cardiology's 62nd Annual Scientific Session.


A polymer coating on these devices slowly releases a drug designed to prevent restenosisanother blockage at the same siteand prevent a second invasive procedure to clear the artery, called target lesion revascularization. The polymer's drug greatly reduces restenosis and target lesion revascularization rates, but the coating itself retards healing in the stented artery and may trigger an inflammatory response that leads to late adverse effects. The clinical challenge is to retain the pros of the drug and minimize or eliminate the cons of the polymer. With a polymer coating that dissolves six to nine month after implantation, the biolimus-eluting stent (BES) may reduce late restenosis or very late clotting on the device (stent thrombosis).
Advertisement
The NEXT trial assigned 3,235 patients to either BES or an everolimus-eluting stent (EES) in the largest multicenter, randomized open-label study comparing these two devices ever reported. BES was approved in Japan in 2011, while EES is the country's leading coronary drug-eluting device. The two eluted compounds belong to the same class of drugs. The study enrolled all patients scheduled for insertion of a drug-eluting stent at 98 participating centers in Japan, with no exclusion criteria.

"Our results suggest that BES could be the alternative to EES, a current gold standard second-generation drug-eluting stent," said Masahiro Natsuaki, MD, of Kyoto University Graduate School of Medicine's Department of Cardiovascular Medicine. "Because the polymer will completely disappear one year after stent insertion, at least a three-year timeframe will be needed to demonstrate the potential advantage of BES over other available stents."

BES met the goal of non-inferiority to EES in target-lesion revascularization at one year, with target lesion revascularization in 67 BES patients vs. 66 EES patients (4.2 percent for both groups). The cumulative rates of definite stent thrombosis were low and similar at 0.25 percent in the BES group vs. 0.06 percent in the EES group. In a substudy of 528 patients, angiographic imaging confirmed similar rates of restenosis in both study arms, expressed as late lumen lossa shrinkage of space inside the stented artery at 266 days + 43 days after the procedure: loss of 0.03+0.39mm in BES patients vs. 0.06+0.45mm in EES patients.

The study's other primary outcome is death or heart attack at three years after stent insertion, with multiple secondary outcome measures for that three-year timeframe. Interim two-year data also will be analyzed.

Many patients in this study were older (mean age 69.2+ 9.8 years), had diabetes (46 percent) or already had a coronary stent (51 percent). Analysis found no differences in outcomes for these subgroups between the two stent types. An earlier study's findings had raised concerns about acute success rate with BESthe ability to deliver all intended stents to the target site and achieve the target artery diameter. In this trial, acute success rates were very high for BES and EES at 99.6 percent in both groups.

Dr. Natsuaki observed that despite the study's all-comer design, the actual study population mostly included patients with stable coronary artery disease; the one-year rate of target lesion revascularization was lower than expected, leading to a relatively large margin of non-inferiority; and the high incidence of follow-up angiography inflated rates of target lesion revascularization. Nevertheless, "Given the equivalent one-year outcome, long-term clinical data for biodegradable-polymer BES compared with durable-polymer EES will have crucial implications for future development of improved metallic drug-eluting stents," he said.

Study Reveals Incidence of Fewer Adverse Events With 'Double Kissing' Crush Stent Than Culotte
The stent technique known as double kissing crush improved outcomes for patients with a type of ......

Restoration of Blood Flow in Heart Attack Patients Undergoing PCI Aided By Mesh-covered Stent
The use of a next generation, micronet, mesh-covered stent demonstrated improved restoration of ......