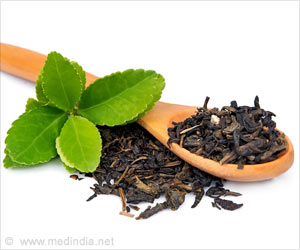 Fashion industry generates a lot of waste, so to cut down waste, a team of US researchers has developed a new fibre from a green tea by-product that is 100 percent biodegradable.

Young-A Lee and her research team have designed a vest and shoe prototype from the cellulosic fibre grown in LeBaron Hall on the Iowa State University campus, US, and testing it if it is a viable alternative.

The fruit juice made with stevia, beta-glucans and lime is nutrient-rich and does not compromise on taste.
Advertisement
‘The new cellulose fibre which is 100 percent biodegradable, reduces waste by creating a continuous cycle of reuse or regeneration known as cradle-to-cradle design.’

"Fashion is an ephemeral expression of culture, art and technology manifesting itself in form. Fashion companies keep producing new materials and clothing to fulfill consumers' desire and needs," Lee said.


"These items eventually go underground and take spaces of Earth like other trash," Lee, who is an associate professor of apparel, merchandising and design at Iowa State, added. LeBaron Hall has plastic bins in which all trash is dumped. The bins contain a gel-like film consisting of cellulose fibres -- a byproduct of kombucha tea -- that feeds off a mixture of vinegar and sugar.

Smoking high-strength cannabis may damage nerve fibers that manage the flow of messages across the two halves of the brain.
Advertisement
The cellulose fibre reduces waste by creating a continuous cycle of reuse or regeneration, what is known as cradle-to-cradle design. Even if clothing is recycled or repurposed, it still eventually ends up in the trash. The material has been tested for other applications, such as cosmetics, foods and biomedical tissue for wound dressing but it is relatively new to the apparel industry.

The fact that the fibre is 100 percent biodegradable is a significant benefit for the fashion industry, which by its very nature generates a lot of waste. Lee said she envisions a truly sustainable fabric or material that is biodegradable and goes back into the soil as a nutrient rather than taking up space in a landfill.

Fiber and calcium intakes are below the levels recommended by experts around the globe, which could cause potential long term health implications
Advertisement
<< Twitter May Help Prevent Asthma Emergencies
93 Genes Triggering Breast Cancer Identified >>

Essential Foods for a Healthy Detox

Blood Donation - Recipients Iron Intake Calculator The Essence of Yoga Noscaphene (Noscapine) Find a Hospital Post-Nasal Drip Turmeric Powder - Health Benefits, Uses & Side Effects Drug Side Effects Calculator Nutam (400mg) (Piracetam) Blood Pressure Calculator
This site uses cookies to deliver our services.By using our site, you acknowledge that you have read and understand our Cookie Policy, Privacy Policy, and our Terms of Use  Ok, Got it. Close
×