A new target for anti-angiogenic tumor therapy has been identified that aids in deleting a signaling molecule and delays the growth of the tumor.

Actively growing tumors have a high demand for oxygen and nutrients. Therefore, they stimulate the growth of blood vessels. This process is called angiogenesis. If tumor-associated angiogenesis is suppressed, this may limit tumor growth.

Scientists from the German Cancer Research Center and the European Center for Angioscience at Heidelberg University have now discovered a new target for anti-angiogenic tumor therapy. They show that the deletion of a signaling molecule in mice leads to the formation of less blood vessels in late-stage tumors. This delays their growth and limits the formation of metastases.


‘Targeting Tie1 can delay tumor growth and block the formation of metastases.’


Like all cells in our body, cancer cells require nutrients and oxygen, which are delivered by blood vessels. Since cancer cells divide particularly fast, new blood vessels need to grow rapidly and in an uncontrolled fashion into the tumor. Blocking this process could limit tumor growth.

Scientists in the laboratory of Hellmut Augustin have now shown that the receptor Tie1 plays a crucial role in angiogenesis. Tie1 is expressed by endothelial cells, the cells lining the inside of all blood vessels. Tie1 interacts with other signaling molecules and thereby controls the growth of blood vessels.

Tie1 is overexpressed in the vasculature of tumors. This contributes to the growth of blood vessels and enables tumor growth. Surprisingly, the growth promoting effect of Tie1 occurs only at later stages of tumor growth.

In genetically engineered mice, whose endothelial cells could not express Tie1, tumors growth was initially unaltered. Yet, after two weeks, when tumors had grown to substantial size, their growth in mice without Tie1 was remarkably slowed.

This could be an advantage for the later clinical exploitation of Tie1 as a therapeutic target: "Tumors are mostly diagnosed in patients, when they are fairly advanced in their evolution" explains Augustin. "It is therefore particularly important to identify therapeutic targets that are active at later stages of tumor growth, as demonstrated here for Tie1."

Targeting of Tie1 has another positive effect: It stabilizes the walls of the blood vessels and thereby prevents the formation of metastases.

Metastases are responsible for the majority of cancer deaths. Such secondary tumors arise when cancer cells leave the primary tumor, enter into the bloodstream, and then reach distant organs. They can stay dormant at the secondary site for weeks or even years, before they again start to divide to grow a metastasis.

"We deleted Tie1 genetically to block tumor growth and metastasis", explains Silvia La Porta, the study's lead scientist. "Next, we will study, if blocking of Tie1 by a drug has the same beneficial effect".

As shown in the study, following surgical removal of the primary tumor, 10 out of 14 normal control mice developed metastases. In mice without Tie1, only 1 out of 14 animals had metastases.

The exact mechanism of action of Tie1 is still the subject of intensive research. The molecule is a so called orphan receptor, which means that it is a receptor for which there is no known binding partner. Future studies will need to shed light into Tie1's enigmatic functions.

The concept of blocking angiogenesis is not novel. In 2004, the drug Bevacizumab (Avastin) received clinical approval. It limits tumor growth by blocking the angiogenic factor vascular growth factor (VEGF). The efficacy of Bevacizumab is, however, limited. That's why scientists are intensely studying second generation anti-angiogenic targets that could be used in combination therapy to improve the efficacy of anti-angiogenic intervention.

Unlike Tie1, Ang2 affects primarily the early stages of tumor development, which could be one of the reasons for its limited clinical efficacy. Given that Tie1 targets a different therapeutic window, future studies will need to show if it could prove to be a better therapeutic target. 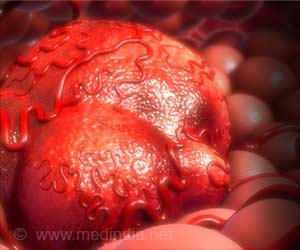 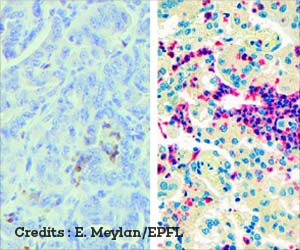 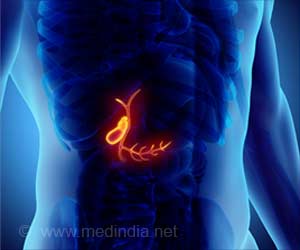