New App can Rank Your Relationship With People You Interact 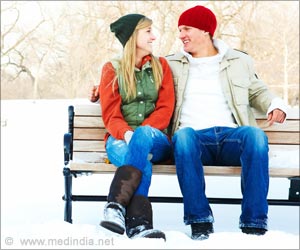 Scientists have launched a new app that monitors the behaviour and reaction of the users while interacting with others.

Lauren McCarthy and Kyle McDonald are the creative minds behind this innovative app called 'Pplkpr' (People Keeper) that observes the negative or positive impact of the people by recording the feelings of the user while interacting, Mashable.com reported.

Most young people today want to be in an egalitarian relationships, where work and family responsibilities are equally shared.
Advertisement

cDonald, a co-developer said that this app helps in making healthy decisions that usually people are unable at, but it will not enforce the user for a aim like other lifestyle applications, instead they observed in their research that there was a positive behavioural changes that happened and users were up to make good relations with everyone they met.


This application works with any Bluetooth 4.0-enabled tracker that incorporates GPS and heart-rate monitoring, such as the "Polar H7 chest band" and the "Zephyr HxM."

Relationship Between Personality and Health

New evidence explains how some aspects of our personality may affect our health and wellbeing, supporting long-observed associations between aspects of human character, physical health and longevity.
Advertisement

Researchers have discovered how important brain structures are activated when women view images of their children and of their own dogs.
Advertisement

Read on for the different kinds of relationship problems and top tips and advice to help your relationship ...

Love plays a crucial role in our mental health. Love that comes from a friend, a partner, a sibling, or a ...
This site uses cookies to deliver our services.By using our site, you acknowledge that you have read and understand our Cookie Policy, Privacy Policy, and our Terms of Use  Ok, Got it. Close
×