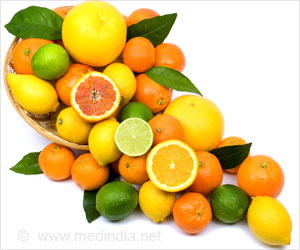 Glutathione, the master antioxidant was found to promote holistic health and beauty from within, revealed sources.

As 21st century, urban humans, our bodies undergo multiple stressors every day. Apart from external stressors, internally too we subject our bodies to irregular and inappropriate diet and nutrition, inadequate sleep and hydration.

As a result, the number of free radicals, which are a normal by-product of metabolism, rise drastically in number. Due to their highly reactive nature, Free radicals can make cells vulnerable to decay and pathogens, advancing the process of aging.


They can also damage cellular components and can cause various diseases, including certain types of cancers. Current polluted environment and the lifestyle habits like smoking etc., also increase the risk of free radicals.

Free radicals are normally neutralized by efficient systems in the body that include the antioxidant enzymes (superoxide dismutase, catalase, and glutathione peroxidase) and the nutrient-derived antioxidants in small molecules (vitamin E, vitamin C, carotenes, flavonoids, glutathione, uric acid, and taurine). In healthy individuals, a delicate balance exists between free radicals and antioxidants. Antioxidants offer natural protection from free radicals and help promote and maintain a healthy body and skin.

As an antioxidant, Glutathione constitutes a major intracellular antioxidant defence and is a central component of many metabolic reactions. Further, Glutathione also helps regenerate other antioxidants such as vitamin C and vitamin E, thereby boosting antioxidant potency. As a master antioxidant, its role as a multi-functional and irreplaceable defence molecule against free radicals, is significantly proven.

Some key functions of Glutathione can be noted, as under:

Defence against disease and aging: Decreased levels of Glutathione signals a defective or compromised cellular defence and exposes cells to deleterious effects of free radicals. Usually, low levels of Glutathione are found to be associated with several diseases and aging. It is noteworthy to mention that, Glutathione prevents cellular apoptosis (cell death), which normally is triggered post complete damage by free radicals. This cell death can be arrested by Glutathione, which further helps in slowing down aging process.

Detoxification: This is the most important function of Glutathione and 25% of the total body glutathione is found only in liver.

Orally supplemented Glutathione, which is provided in its bioavailable form, can help skin to replenish its reserve of antioxidants, which are usually depleted in case of heavy free radical activity.

Glutathione supplementation is known to improve elasticity and texture of skin. In recent years, Glutathione has also emerged as an effective remedy for skin tone improvement. With the rising awareness of being presentable and 'beautiful' at all times, thanks to social media presence, Glutathione has found popularity among millennia's who are seeking to lighten their skin tone.

Glutathione as an antioxidant and cellular protector, further makes it a safe and effective bet for skin tone improvement.

This wonder molecule, is a best fit towards a holistic skincare and wellness approach. Glutathione enhances beauty from within, by balancing the interrelated and interdependent cell needs thus making it just irreplaceable!!

Antioxidant Rich Spices
Antioxidant activities of spices are mainly attributed to the bioactive compounds present in them. The highly reactive phytochemicals are responsible for their protective effects.
READ MORE