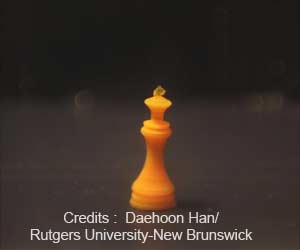 The new "4D printing" method for smart gels can open new avenues for the development of "living" structures like human organs and tissues finds a new study. The findings of this study are published in the Scientific Reports journal.

The 4D printing approach here involves printing a 3D object with a hydrogel (water-containing gel) that changes shape over time when temperatures change, said Howon Lee, senior author of a new study and assistant professor in the Department of Mechanical and Aerospace Engineering at Rutgers University-New Brunswick.

The study demonstrates fast, scalable, high-resolution 3D printing of hydrogels, which remain solid and retain their shape despite containing water. Hydrogels are everywhere in our lives, including in Jell-O, contact lenses, diapers and the human body.


‘Fast, high-resolution 3D printed hydrogels which remain solid and retain their shape despite containing water can be used to provide structural firmness to organs such as the lungs. They can also contain small molecules like drugs to be transported in the body and release where desired.’


The smart gel could provide structural rigidity in organs such as the lungs, and can contain small molecules like water or drugs to be transported in the body and released. It could also create a new area of soft robotics, and enable new applications in flexible sensors and actuators, biomedical devices, and platforms or scaffolds for cells to grow, Lee said.

"The full potential of this smart hydrogel has not been unleashed until now," said Lee, who works in the School of Engineering. "We added another dimension to it, and this is the first time anybody has done it on this scale. They're flexible, shape-morphing materials. I like to call them smart materials."

Engineers at Rutgers-New Brunswick and the New Jersey Institute of Technology worked with a hydrogel that has been used for decades in devices that generate motion and biomedical applications such as scaffolds for cells to grow on. But hydrogel manufacturing has relied heavily on conventional, two-dimensional methods such as molding and lithography.

In their study, the engineers used a lithography-based technique that's fast, inexpensive and can print a wide range of materials into a 3D shape. It involves printing layers of a special resin to build a 3D object. The resin consists of the hydrogel, a chemical that acts as a binder, another chemical that facilitates bonding when light hits it and a dye that controls light penetration.

The engineers learned how to precisely control hydrogel growth and shrinkage. In temperatures below 32 degrees Celsius (about 90 degrees Fahrenheit), the hydrogel absorbs more water and swells in size.

When temperatures exceed 32 degrees Celsius, the hydrogel begins to expel water and shrinks. The objects they can create with the hydrogel range from the width of a human hair to several millimeters long. The engineers also found that they can grow one area of a 3D-printed object - creating and programming motion - by changing temperatures.

"If you have full control of the shape, then you can program its function," Lee said. "I think that's the power of 3D printing of shape-shifting material. You can apply this principle almost everywhere." 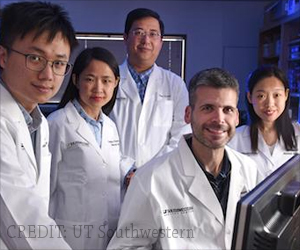 3D Printing Set to Grow Big in India
3D printing, or Additive Manufacturing (AM), has the potential to transform many industries in the years to come in India.
READ MORE

3D Printing Aids in Better Understanding of Food Enjoyment
Tasting food relies on food volatiles moving from the back of the mouth to the nasal cavity.
READ MORE