Neuromarketing: Where Scanning Your Brain Reveals Your Unconscious Shopping Urges 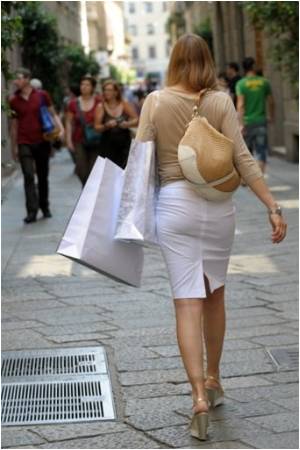 A new study has revealed that regardless of the shopping mood you're in, you actually spend more time window-shopping than you may realise.

The study claimed that brain scans could reveal whether someone intends to buy a product or not even when they are not consciously pondering their choices.

Asking For Help When Shopping Not in the Male Psyche

Just as with driving, men are more reluctant to ask for help in the retail store as compared to women, suggests a new study.
Advertisement

The ability to predict from brain scans alone what a person intends to buy could bring much-needed rigour to efforts to meld marketing and neuroscience, said Brian Knutson, a neuroscientist at Stanford University in California who was not involved in the research.


Neuromarketing, as this field is known, has been employed by drug firms, Hollywood studios and even the Campbell Soup Company to sell their wares, despite little published proof of its effectiveness.

Shopping Could Help You Lose Weight!

Want to shed those extra pounds? Well, then forget gym and go shopping, suggests a new research.
Advertisement
Rather than soup, John-Dylan Haynes at the Bernstein Center for Computational Neuroscience in Berlin, Germany, attempted to predict which cars people might unconsciously favour.

For this, the researchers used functional MRI to scan the brains of two groups of male volunteers, aged 24 to 32, while they were presented with images of a variety of cars, reports New Scientist.

One group was asked to rate their impressions of the vehicles, while the second performed a distracting visual task while cars were presented in the background.

Each volunteer was then shown three cars and asked which they would prefer to buy.

The researchers found that when volunteers first viewed the car that they would subsequently "buy", specific patterns of brain activity could be seen in the brain's medial prefrontal and insula cortices - areas that are all associated with preferences and emotion.

These patterns of activity reflected the volunteers' subsequent purchasing choice nearly three-quarters of the time, whether or not the subjects had given their undivided attention to the images of the cars when they were first shown them.

The new study suggests that these brain regions size up products even when we are not consciously making purchasing decisions.

The brain appears to be imparting automatic or possibly even unconscious value onto products, as soon as you're exposed to them, said Haynes.

While Knutson acknowledges that the volunteers' choices might have been different if they had been making a real decision about which car to buy, he reckons the study may still be of use to neuromarketers - specifically as a subjective way of determining whether a consumer might buy a product or not, without having to be explicitly asked.

This kind of approach might be particularly useful for inferring people's opinions of products they would be reluctant to admit to buying, said Haynes.

However, he emphasised that he is unwilling to promote neuromarketing for this purpose.

The study was published in the Journal of Neuroscience.

Science Explains the Mystery Link Behind Women and Shopping

Ever wondered why women spend so much time in shopping, while men just get in and quickly get out with the relevant stuff? Well, the answer lies in their genes, say researchers.
Advertisement
Advertisement

Fainting or syncope is characterized by transient loss of consciousness and a spontaneous recovery.