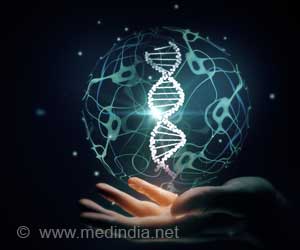 Neurofibromatosis 1 (NF1) afflicts about 1 in 3,000 people throughout the world and is a genetic dominant disorder caused by a mutation in only one of two NF1 genes (1). Although neurofibromas in the skin can be severely disfiguring, they rarely become cancerous. Therefore, prior to today's study, research focused on neurofibromas as mysterious benign tumors that can occur simultaneously at multiple sites where aberrant Schwann cell proliferation begins independently. Usually benign tumors only occur at one location and do not pop up in multiple locations like malignant tumors that metastasize from one location.


This study was initiated through a single family donation of $400,000 provided to the Saint Peter's Hospital Foundation in Albany, New York. While no one in upstate New York was studying the NF1 field, the Foundation turned to neurologist James Wymer, MD PhD, formerly affiliated with Saint Peters Hospital, and neuroscientist Frank Rice, PhD, a specialist in chronic pain research and President of Integrated Tissue Dynamics LLC in Rensselaer, New York.


‘Scientists have discovered the origin of severely disfiguring masses of cells, called neurofibromas, that gradually develop throughout the skin of patients afflicted with Neurofibromatosis 1 (NF1).’


"Instead of a typical cancer-related approach that focused on neurofibromas as benign tumors, we took a different tactic of investigating why NF1 patients also suffer from chronic pain and itch, even in areas of the skin without neurofibromas. These symptoms had received little attention," said lead investigator Dr. Rice. "To our surprise, we discovered that nerve fiber terminals in the skin were actually a previously unknown source of the neurofibromas. This discovery provides insight into completely novel strategies for stopping their development."

At the beginning of the study, biopsies from normal appearing, neurofibroma-free skin were taken from 19 NF1 patients and skin from 16 normal subjects. Biopsies of 17 of the 19 NF1 patients had previously undetected micro-lesions consisting of small, dense clusters of nerve fibers and their associated Schwann cells. Importantly, the micro-lesions were only located around structures in the skin where the nerve fibers normally terminate, such as hair follicles, sweat glands and blood vessels. These micro-lesions were not found in the biopsies of the normal subjects.

The study then expanded to investigate actual neurofibromas, which were collected and donated by the Children's Tumor Foundation in New York City. Using immunofluorescence assays developed by Integrated Tissue Dynamics and combined with gene expression analyses developed by Sage Bionetworks in Seattle, this research confirmed that the neurofibromas indeed grew from the micro-lesions. The maturing neurofibromas were densely packed with nerve fibers in addition to the previously known suspect - proliferating Schwann cells.

With an awareness of micro-lesions in human NF1 patients, similar micro-lesions were found in mice that had an equivalent genetically engineered mutation only in Schwann cells causing some of them to proliferate and form neurofibromas. These mice were developed previously by Nancy Ratner, PhD, Program Leader for Cancer Biology and Neural Tumors Program at Cincinnati Children's.

"Therefore, it appears that those Schwann cells located near the nerve fiber endings are particularly susceptible to proliferating after Nf1 mutations," Dr. Ratner said. This indicates that the nerve fibers and Schwann cells are mutually interacting during the initial growth and expansion of the neurofibromas. "It is exciting that we now have a model to test therapies that might prevent tumor formation or enlargement, helping patients with neurofibromatosis."

The team of investigators identified specific molecular signals, involving nerve related trophic factors called neurturin and artemin, in the micro-lesions and neurofibromas. These newly discovered molecular characteristics might be targeted to suppress the development of the neurofibromas. Killing two birds with one stone, the nerve fibers also had biochemical properties associated with chronic pain and itch.

"Based on these results, we believe that the identification of a pre-clinical lesion could allow for the development of therapies to eliminate neurofibromas or stop new ones from developing," said Dr. Wymer, now a Professor of Neurology at The University of Florida. "This brings hope to thousands of NF1 patients where disfigurement caused by these neurofibromas usually begins in their teen years."

Disfigurement from numerous neurofibromas is a dominant psychological aspect in the lives of NF1 patients. Pamela Knight, Clinical Program Director of the Children's Tumor Foundation, said there is currently no medical treatment for neurofibromas. They can be removed surgically, but this can leave scars, and the neurofibromas can grow back.

"Children with NF1 tend to begin growing skin neurofibromas during adolescence. Before this happens, their parents often are concerned about how badly their child is going to be affected," Knight said.

NF1 is generally identified early in childhood by light brown spots on the skin, called café au lait macules. While neurofibromas are often the most obvious physical embodiment of this condition, NF1 can also lead to blindness, bone abnormalities, cancer (about 10-15% of cases) (2), learning disabilities, and disabling pain (3).

Vincent M. Riccardi, MD, Director of The Neurofibromatosis Institute, who has worked in the NF field since 1972 and has spent his life studying neurofibromas, said a study that focused on the origins of the pain caused by the neurofibromas was long overdue.

"For some NF1 patients, pain becomes the dominant aspect of their lives," Riccardi said. "From my vantage point, the discovery of a nerve fiber component in the origin and development of the neurofibromas in this study is a game changer."

Around 2.5 million people worldwide have neurofibromatosis (3), a genetic disease, although only half of the initial cases of NF1 in a family (or one-third of all cases) can be linked back to a parent; so NF1 can also occur spontaneously without prior heredity (4) Neurofibromatosis is more prevalent than all cases of cystic fibrosis, Duchenne muscular dystrophy and Huntington's disease combined (5).

Anticancer Drug Restores Hearing in People With Neurofibromatosis
One in 25,000 people is born with neurofibromatosis type 2, a hereditary tumor syndrome in which virtually everyone progresses to deafness because of vestibular schwannomas.
READ MORE