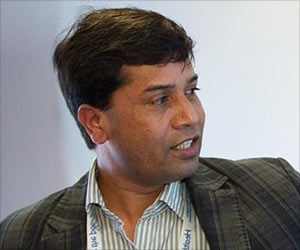 Nepal has been honored with the prestigious Bloomberg Philanthropies Award for Global Tobacco Control at the 16th World Conference on Tobacco or Health (WCTOH 2015). The south Asian region has very high levels of tobacco use, thus the rates of non-communicable diseases (NCDs) and other tobacco related illnesses are high. The Government of Nepal was awarded for the country's high commitment to tobacco control and warning people about the dangers of tobacco.

Nepal received the Bloomberg award for advancing ahead with biggest-ever pictorial graphic health warnings on all tobacco packs from 15th May 2015. Beginning May 15, 2015, picture and text warnings must be placed on 90 percent of the front and back of all tobacco product packaging, among other strong measures for effective tobacco control.


"Nepal Ministry of Health and Population had passed the comprehensive law comprised of large graphic health warnings, bans on tobacco advertising and sponsorship's, and a smoke-free law all while facing immense pressure from the tobacco industry. During the process of passing the law and after its passing, the Ministry of Health faced 16 court cases filed by the tobacco industry but won with currently two appeals pending. Nepal is a leader in the South East Asia region for its tobacco control efforts" said Dr Tara Singh Bam, a noted expert with the International Union Against Tuberculosis and Lung Disease (The Union).


Firewall Health Policy From Tobacco Industry Another leadership Nepal has demonstrated not only in South Asian region but also for countries globally is by incorporating provisions in line with the Article 5.3 of the global tobacco treaty (formally called WHO Framework Convention on Tobacco Control - FCTC). This FCTC Article 5.3, is based upon the principle that there is a direct and irreconcilable conflict of interest between tobacco industry and public health policy.

It is important to underline that domestic policy to safeguard public health policy from tobacco industry interference was drafted not just by Ministry of Health and Population but by more than 15 ministries in Nepal in a series of consultative drafting sessions. "Tobacco control is a multi-sectoral response so we need to effectively coordinate with other ministries also, such as: Ministries of Information and Communication, Agriculture, Education, Finance (both departments of customs and inland revenue), youth and sports, Home Affairs, Health and Population, among others. We need to frequently meet these ministries to effectively implement tobacco control law" emphasized Dr Bam. Now stronger tobacco control policies will come into effect from 15th May 2015 in Nepal.

"We need WHO FCTC Article 5.3 to protect the current achievements that Nepal has made on tobacco control. We must not lose the gains made in public health and succumb to industry interference. Domestic policies in lines of WHO FCTC Article 5.3 will ensure that we continue to effectively implement and enforce the current domestic tobacco control law in Nepal" stressed Dr Bam.

Let's hope Nepal's strong commitment to tobacco control despite industry pressure will mobilize other nations in the South Asian region and globally to accelerate implementation of gold standard tobacco control measures on the ground.

Tobacco Control Policies Stop People from Smoking and Saves Lives: Study
According to a study, tobacco control measures put in place in 41 countries between 2007 and 2010 will prevent some 7.4 million premature deaths by 2050.
READ MORE

For More Than 400,000 Lives Saved Strong Tobacco Control Policies in Brazil Credited
Credited for a 50 percent reduction in smoking prevalence between 1989 and 2010 are high cigarette prices, smoke-free air laws, marketing restrictions and other measures.
READ MORE 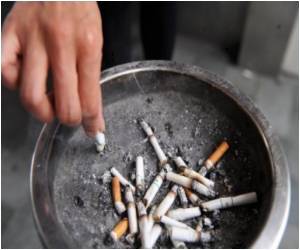