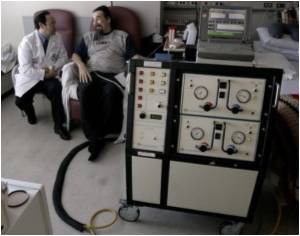 A negative cardiac computed tomography angiogram (CTA)usually means adverse cardiac events are ruled out for a year after patients with chest pain are discharged.

Cardiac CTA is a noninvasive heart-imaging test that determines whether fatty deposits or calcium deposits have built up in the coronary arteries that supply blood to the heart muscle.


The study, performed at the University of Washington School of Medicine in Seattle, WA, included 70 patients with negative cardiac CTA results who were interviewed in detail at 3, 6 and 12 months about intervening cardiac events, diagnostic testing and therapy. "No patient reported any sign, symptom, finding or subsequent diagnosis suggestive of an adverse cardiac event, nor was there any such suggestion in the electronic medical record," said William P. Shuman, MD, lead author of the study.

Cholesterol is produced by the body (liver) and is essential for normal body functioning.
Advertisement
"For earlier discharge based, in part, on negative cardiac CTA results to be clinically efficacious, it must be a safe practice with few subsequent adverse cardiac events," said Shuman.

"Our study shows that for patients with low-to-moderate risk chest pain evaluated in the emergency department, adverse cardiac events may be rare during the year after a negative cardiac CTA scan," he said.

Heart attack can cause symptoms such as Chest pain or discomfort, Shortness of breath and pain in neck, back, arm, or shoulder and is due to blockage of blood supply to the heart muscles
Advertisement

Cardiomyopathy weakens the heart muscles and the heart loses strength to pump blood throughout the body. ...