Nearly 50% Brits Say They Have a Lucky Pair of Socks 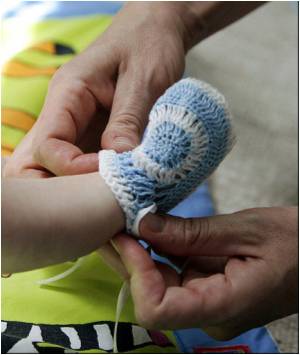 A recent survey has found that nearly one third of Britons claim to have a lucky pair of socks.

By contrast, 87 per cent of those questioned in the survey by online casino roxypalace.com said they did not consider a rabbit's foot to be a lucky charm and 62 per attached no significance to horseshoes.

Pull Up Your Socks and Get Walking

A charity has urged Brits to get moving and walking after recent figures showed abysmal physical activity levels among Brits.
Advertisement

But 86 per cent still believe it is unlucky to break a mirror and 59 per cent of those questioned said they would refuse to walk under a ladder.


"We are still very superstitious. We still consider certain practices and objects as lucky," the Daily Express quoted a Roxypalace spokesman as saying.

"What surprised us was how prevalent traditionally unlucky practices were in modern Britain.

"As a nation we seem to be more concerned about preventing bad luck as bringing good luck," he added.

Dirty Socks and Malaria are Linked

Smelly socks can be used to lure the mosquitoes into a deadly trap before they can spread malaria, says US and Canadian-funded researcher.
Advertisement

A new nitric oxide-releasing cloth that may come handy in making a wrap for donor organs and therapeutic socks for diabetics, has been developed by American scientists.
Advertisement
This site uses cookies to deliver our services.By using our site, you acknowledge that you have read and understand our Cookie Policy, Privacy Policy, and our Terms of Use  Ok, Got it. Close
×