NCI in Haryana Will Soon Offer Proton Therapy for Cancer 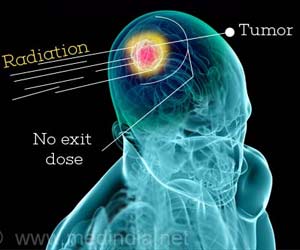 National Cancer Institute (NCI) in Haryana will soon be the first government hospital to offer Proton Therapy for cancer patients.

Proton Therapy, a costly treatment for cancer patients, will soon come into effect at newly built National Cancer Institute in Haryana's Jhajjar district, making it the first government-run hospital to offer the service.

Dr. GK Rath, Head IRCH AIIMS and NCI told IANS that the service will be rolled out after 18 months at a minimal charge.


"So far, only Apollo Chennai has Proton Therapy treatment, and the cost of it is Rs 25 lakh. At NCI, it will be given for a minimal charge while those under PMJAY can avail the service for free of cost," he said.
Advertisement
Proton Therapy is one of the advanced cancer treatment in which only the cancer cells are targeted, and the rest of the body remains unharmed, unlike chemotherapy or radiation therapy.

"This therapy is effective on all, and the treatment can be even given to children with no harm in their growth," Dr. Rath noted.

The NCI, which is also India's largest cancer institute was officially made open for public service on Tuesday.

The formal inauguration was done by Prime Minister Narendra Modi via video conference while Union Minister for Health and Family Welfare JP Nadda was present at the NCI campus along ministry officials and AIIMS Director Randeep Guleria.

Built at the cost of Rs 2,035 crore, the 710-bed hospital has 1,080 hostel rooms for doctors and 800 rooms for attendants of patients. Last year in December, OPD services were started on a trial-basis at the institute.

The Jhajjar project was approved by the Cabinet on December 26, 2013, and the hospital's foundation stone was laid on January 3, 2014, by the then Prime Minister Manmohan Singh in 2014.