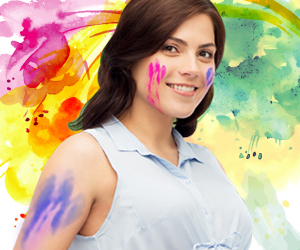 A new research published in BMJ Open has found that nations with strong women's rights are more likely to have better health and faster growth than those who don't promote and protect these values. This trend is evident in even in resource-poor countries, say the researchers.

While many parts of the world have made good economic progress, women's rights have often been overlooked, say the researchers. This is despite many countries having signed the international bill of rights for women, formally known as The Convention on the Elimination of All Forms of Discrimination Against Women (CEDAW).

Advertisement
‘Countries with strong women's rights had better/improving health than those where women's rights were only moderately or poorly respected.’

The researchers wanted to find out if there might be a link between protection of women's rights, and health improvement and sustainable development, and if ultimately, women's rights might have more of an impact than economic and social, or civil and political rights alone.

Analysis of the data showed that strong economic and social rights were associated with better/improving health outcomes, possibly because of the spend on health per head of the population, say the researchers.

But this wasn't the case when looking at countries based on women's economic and social rights.

These health indicators include disease prevention, such as vaccination, reproductive health, death rates and life expectancy.

In countries where human rights, to include women's rights, were highly respected, but where access to hospital beds and doctors was nevertheless below average, health outcomes were still consistently better than average, the analysis showed.

"The results confirm that even with a lack of resources, if a country has a strong human rights structure, the health outcomes are better," the researchers write.

But countries where civil and political rights alone were highly valued had varying levels of health.

And despite some countries respecting economic, social and cultural rights, they still didn't protect women's economic and social rights.

This is an observational study, which used average health values, and as such, can't establish cause. Further research over longer time periods in countries with similar human rights trends is needed to pinpoint overarching trends, say the researchers.

But gender equality is not just a women's issue, but a development issue, they suggest.

"Since the promotion and protection of women's rights play a fundamental role for progress for states as they unite health, human rights and development, nations that have the ability to promote [women's social and economic rights]...are missing a crucial component in positive health outcomes," they write.

"Today, the value of human rights has often been questioned from an economic standpoint; however, our data find that rather than limit progress, human rights, and [women's economic and social rights] in particular, can only benefit them," they conclude.

Life Expectancy or Longevity Calculator
We all wish to live a long and fruitful life. The life expectancy calculator may just be what the .....