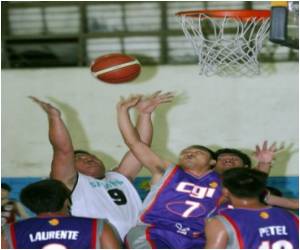 Basketball-related injuries treated in emergency departments among children and adolescents between the ages of 5 and 19 from 1997 to 2007 were examined in a new study conducted by researchers at the Center for Injury Research and Policy at Nationwide Children's Hospital.

Data from the study, being released online September 13 and appearing in the October 2010 issue of Pediatrics, revealed that traumatic brain injuries (TBIs), which carry significant risk, increased 70 percent over the study period despite the overall downward trend in basketball injuries.


"We found a dramatic increase in the number of basketball-related TBIs over the 11-year study period," said study co-author, Lara McKenzie PhD, principal investigator at the Center for Injury Research and Policy at Nationwide Children's Hospital. "In addition, the proportion of TBIs doubled for boys and tripled for girls during this time. Many athletes do not recognize the symptoms of concussions or do not report them to coaches and trainers. Educating athletes, coaches and parents to recognize and report on suspected concussions is vital to managing them effectively and helping to prevent future injuries."

Post Traumatic Stress Disorder (PTSD), is a mental condition triggered by a traumatic event. PTSD treatment includes pyschotherapy, behavior therapy and medications.
Advertisement
The study also showed that the most common injuries were sprains and strains to the lower extremities (30 percent), especially the ankle (24 percent), and fractures or dislocations to the upper extremities (15 percent), specifically to the finger (8 percent). Adolescents aged 15 to 19 years were more likely than younger athletes to have strains and sprains and cuts. Children aged 5 to 10 years were more likely to be diagnosed with a TBI than athletes aged 11 to 19 years. Boys were more likely to sustain cuts, fractures and dislocations, while TBIs and knee injuries were more common among girls.

"Basketball is a very popular sport and we want to encourage children to continue playing while also reducing the risk of injury," said Dr. McKenzie, also a faculty member of The Ohio State University College of Medicine. "There are some precautions such as having young children use age-appropriate basketballs, which may decrease the rates of concussions and finger-related injuries."

This is the first national study of basketball-related injuries for school-aged children and adolescents treated in U.S. emergency departments. Data for this study were collected from the National Electronic Injury Surveillance System (NEISS), which is operated by the U.S. Consumer Product Safety Commission. The NEISS dataset provides information on consumer product-related and sports and recreation-related injuries treated in hospital emergency departments across the country.

Hemorrhage from the nose is known as epistaxis or nose bleeds. Epitaxis (Nose bleeds) may be a symptom of underlying disorders such as high blood pressure or bleeding disorders.
Advertisement
<< Beautiful Breasts During Lunch Hour
Cancer Risk Increased by Swimming in Indoor Pools >>

Head injury or traumatic brain injury is a leading cause of disability among children and young adults that leads to varying degrees of physical and mental stability. Fortunately, it is also one of the preventable brain disorder.
Advertisement
News A-Z
A B C D E F G H I J K L M N O P Q R S T U V W X Y Z
What's New on Medindia