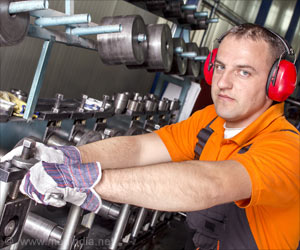 The Odisha government has decided to launch the National Program for Prevention and Control of Deafness (NPPCD) in eight districts.

The program will focus on combating the rising incidence of hearing loss and related ailments among the people during the current financial year. In first phase, officials are planning to launch the program in Cuttack, Ganjam, Kalahandi, Kandhamal, Khordha, Koraput, Mayurbhanj and Sambalpur districts.


The Additional District Medical Officers (ADMOs), Public Health, of the all the eight concerned districts would act as the District Nodal Officers. The program would be expanded to other districts in the next financial year.

Scientists Find How Mutant Gene can Cause Deafness

At The Scripps Research Institute (TSRI), scientists have discovered how one gene is essential to hearing, uncovering a cause of deafness and suggesting new avenues for therapies.
Advertisement

Professional Musicians Have Four Times the Risk of Deafness