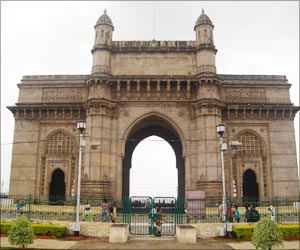 Rajesh Kumar was pessimistic about Prime Minister Narendra Modi's plans to revolutionise the country's stressed cities, as he pulled his family's belongings from the rubble of his bulldozed home in the Indian capital.

"All these years, I have seen our city grow with many new roads, flyovers and a metro," Kumar said of New Delhi.


"But I haven't seen anything change in our slum, only the population has grown," said Kumar whose two-room shack home along with hundreds of others was suddenly demolished recently for encroaching on state forest land.


"My oldest child is 11 and the youngest is one, tell me where will we go this winter?" asked the stonemason.

After storming to power at elections in May, Modi's right-wing government pledged to build 100 "smart" cities as part of an ambitious agenda of reform and economic development.

Tens of millions have flocked from the countryside in search of jobs during India's years of economic growth, stretching some cities to near breaking point and pushing the poor further into the outskirts.

With the urban influx showing few signs of slowing, experts are sceptical of Modi's plans for high-tech, environmentally friendly cities, saying he should focus on the basics.

"I think we need to revisit the definition of what is smart," said Rutul Joshi, a planning professor in Modi's home state of Gujarat.

"When we provide adequate shelter for everybody, a toilet in every home, a footpath on every street and a bus route on every major road, then that's a smart city," said Joshi from CEPT University, which specialises in environmental planning and technology.

India, the second most populated country on the planet, is projected to add another 404 million urban dwellers by 2050, the largest addition in the world, followed by China with 292 million, a UN report this year said.

Delhi, already the world's second largest city after Tokyo, where many live in slums or on streets and building sites where they labour, is expected to rise swiftly to 36 million by 2030.

Finance Minister Arun Jaitley has told parliament the "smart" cities are needed to accommodate the rising numbers, pointing to a burgeoning middle class with "aspirations of better living standards".

Several days after Kumar's long-standing slum was demolished late last month, the government released preliminary ideas for the cities to be built as satellite towns of metropolises and by modernising existing mid-sized cities.

The cities would offer "decent living options to every resident" which would provide a "very high quality of life comparable with any developed European city", the urban ministry's "concept note" said this month.

Joshi said he feared the new cities would give rise to exclusive so-called gated communities, while the poor remained squeezed into ever-growing and sometimes illegally built slums with few services.

"There is a large number of people who want to move out of poverty, to move out of the slums, but they don't know how. We are not focusing on that. The focus is misplaced," he told AFP.

And Mistelbacher, a senior fellow with the Delhi-based Observer Research Foundation think-tank, said he hoped the plan would lead to an influx of investment in cities through public-private partnerships.

"But my fear is that some other much-needed (already existing) urban development projects (such as boosting public housing) will be put in the bottom drawer while this takes priority."

Even if the cities were successful, 100 was not nearly enough, with some 4,000 major centres needing an overhaul, Mistelbacher said.

Both experts said the government should focus on strengthening local councils, by handing them additional powers and resources to reduce corruption and improve infrastructure and basic services in existing cities.

Kumar's slum was built near a fashionable, middle-class neighbourhood where many of his neighbours worked as maids, cooks and drivers.

The forest department has defended the demolition as routine, aimed at curbing increased encroachment on protected land.

But Kumar, who had lived in the slum for 17 years after arriving from his native Uttar Pradesh state, said he was given five minutes' notice to grab whatever he could before the bulldozers moved in.

One of his neighbours, Maya Devi, described the situation as hopeless. Two of her children have exams this month but their school books were lost in the rubble and the family now has nowhere to live.

"Why does the government do this to poor people like us?" she asked. 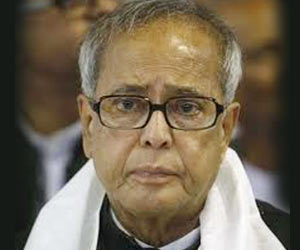 Indian Court Rejects German Drug Giant's Bid With Public Health Interests in Mind
A bid by German drug giant Bayer's, to block a generic version of its blockbuster cancer treatment Nexavar by a local drug maker was rejected by the Indian court on Saturday.
READ MORE