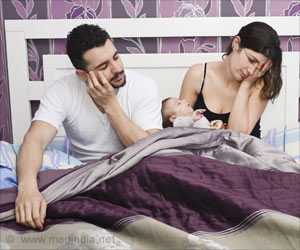 Autoreactive cells have been identified in persons suffering from narcolepsy. This is a new, important proof that the sleep disorder is an autoimmune disease, said University of Copenhagen researchers. This knowledge may lead to better treatment of the chronic condition, the researchers behind the new discovery believe.

For many years, scientists have expected the sleep disorder narcolepsy of being an autoimmune disease, though without being able to prove it conclusively. Now researchers from the Faculty of Health and Medical Sciences at the University of Copenhagen together with the Technical University of Denmark and Rigshospitalet have found a new, important proof that their presumptions were correct. The new research results have been published in the scientific journal Nature Communications.

'That is, the cells recognise the neurons that produce hypocretin which regulates a person's waking state. It does not prove that they are the ones that killed the neurons, but it is an important step forward. Now we know what the cells are after,' says Associate Professor Birgitte Rahbek Kornum from the Department of Neuroscience.


The immune system is designed to recognise viruses and bacteria. When its cells are autoreactive - which is the case in autoimmune diseases - the immune system recognises the body's own cells and attacks them. That they are cytotoxic means that they are capable of killing other cells. In most narcolepsy patients, the neurons that produce hypocretin and thus regulate our waking state have been destroyed.
Advertisement
'To kill other cells, e.g. neurons producing hypocretin, CD4 and CD8 T cells usually have to work together. In 2018, scientists discovered autoreactive CD4 T cells in narcolepsy patients. This was really the first proof that narcolepsy is in fact an autoimmune disease. Now we have provided more, important proof: that CD8 T cells are autoreactive too,' says Birgitte Rahbek Kornum.

'We also found autoreactive cells in some of the healthy individuals, but here the cells probably have not been activated. It is something we see more and more often with autoimmunity - that it lies dormant in all of us, but is not activated in everyone. The next big puzzle is learning what activates them', says Birgitte Rahbek Kornum.

According to Birgitte Rahbek Kornum, the discovery of autoreactive cells in healthy individuals also stresses the theory that something has to trigger narcolepsy and activate autoreactivity. Scientists still do not know what causes the disease. They expect a combination of genetics, autoreactive cells and a form of trigger to bring about the disease, e.g. a virus infection. The disease can be treated medically today, but the new research results may pave the way for even better treatments.

'Now there will probably be more focus on trying to treat narcolepsy with drugs allaying the immune system. This has already been attempted, though, because the hypothesis that it is an autoimmune disease has existed for many years. But now that we know that it is T cell-driven, we can begin to target and make immune treatments even more effective and precise,' says Birgitte Rahbek Kornum.

Narcolepsy
Sleep is the blissful state that rejuvenates our mind and body everyday and any deprivation often .....

Quiz on Narcolepsy
Narcolepsy is a chronic neurologic disorder that involves loss of brain's ability to regulate sleep ...

New Hope for Patients With Autoimmune Disease
Scientists have developed a new and safe treatment for two autoimmune diseases namely diabetes and ....