Nanovectors Can Enhance The Administration Of Combined Antimalarial Drugs 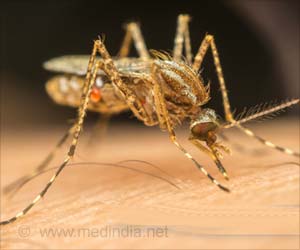 Combining different two drugs with different properties into nanovesicles surrounded by antibodies can hugely improve their delivery and efficiency.

.Encapsulating two drugs with varying features into nanovesicles surrounded by antibodies can significantly improve their delivery and efficacy, according to a study led by Xavier Fernández Busquets, director of the joint Nanomalaria unit at the Institute for Bioengineering of Catalonia (IBEC) and the Barcelona Institute for Global Health (ISGlobal), an institution supported by "la Caixa".

Malaria is caused by a parasite that enters blood through the bite of an infected mosquito. It is characterized by fever, vomiting, shivering, sweating and other symptoms.
Advertisement
‘  Combining two different drugs that act through different mechanisms is the best way to approach or treat malaria.  ’
Read More..
Tweet it Now


Combining two drugs that act through different mechanisms is one of the most efficient approaches currently used to treat malaria. However, differences in the drugs' physicochemical properties (solubility, half-life, etc.) often affect treatment efficacy.


To overcome this obstacle, Fernández Busquets and his team have developed a nanovector -consisting of small spheres or liposomes- that can simultaneously transport compounds that are soluble in water (hydrophilic) and in lipids (lipophylic).

Malaria is a dangerous disease with lethal consequences that requires protective measures for prevention and control of malaria in endemic regions of the world.
Advertisement
"By encapsulating both drugs in the same nanovector, we make sure that both will persist for the same time in the organism," explains Fernández-Busquets. As proof of concept, the research team introduced the water-soluble drug pyronaridine in the liposome lumen and the lipid-soluble drug atovaquone in its membrane. In addition, they covered the liposome with an antibody that recognizes a protein expressed by red blood cells (whether they are infected or not) and gametocytes (the sexual phase of the parasite, responsible for host-to-host transmission). Hence the term immunoliposome.

The results show that both drugs, when encapsulated, inhibited parasite growth in vitro at concentrations that had no effect when used as free drugs. Thanks to the antibodies, the liposomes rapidly bound to the target cells and efficiently delivered the medicine.

The authors argue that this strategy could be used in the near future to treat severe cases of malaria that are admitted in hospitals, where intravenous administration of liposomes is feasible. The challenge lies in developing nanovectors adequate for oral administration in order to treat non-complicated malaria, a line of work the research group is currently exploring.

"Current treatments target mostly the asexual phases of the parasite. This new strategy would also target the sexual phase or gametocyte, the only phase that can be transmitted from humans to mosquitoes, and would thereby contribute to reducing the emergence and spread of antimalarial resistance," adds the researcher.