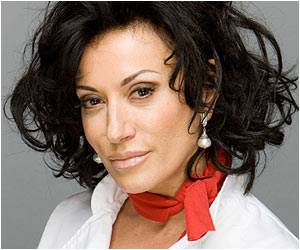 The ex-girlfriend of former England football manager Sven-Goran Eriksson also believes that her toned body is due to her good genes.


"We must always do little things to take care of ourselves which prevent doing major work later on, like facials and even a little Botox when you need it," the Sun quoted her as saying.


"It's something you can do without going too major and you still look like yourself.

"There's nothing wrong with Botox, as long as you have the right doctor and the right measurement. Twice a year is perfect," she said.

The 50-year-old property lawyer, who isn't averse to the idea of a little nip and tuck in the future if she feels it's necessary, she has stern words for cosmetic junkies who get hooked on procedures.

"A lot of those women all look the same, I support cosmetic surgery at any age if it means a woman will feel happier and more confident, but I don't think it's healthy for women to be obsessed with surgery," she said.

"Any procedure has to suit your personality - and everything in moderation.

"I would never say never but I hate needles. My hope is that in ten years' time there will be a pill you can take before you go to sleep and you wake up with a facelift," Dell'Olio said.

Dell'Olio's rigorous training with her 'Strictly Come Dancing' partner Anton du Beke saw her drop from a size eight to a size six, but the American-Italian lawyer hates hitting the gym.

"I did drop a dress size but my body shape also changed and I became more toned.

"Anton told me I could eat all the chocolate I wanted because I would be burning so much energy. I don't believe in diets. Every person needs to learn what are the best foods for you.

"I tend not to eat bread or desserts, but every so often I do. It's not what you do from Christmas Day to Boxing Day but Boxing Day to Christmas.

"Exercise is important but I'm not obsessed by it. Sometimes I'll see my personal trainer two to three times a week. I hate the gym, so instead I power walk and I've got a running machine in the house. I do pilates and yoga too.

"I never use a lift. I'm the kind of person who is burning calories because I'm always moving with my mind and body," she added.