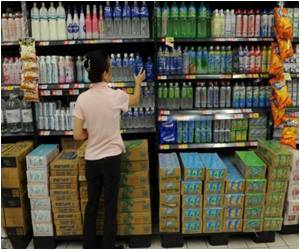 An investigation has found that many sports drinks, protein shakes and expensive trainers that claim to boost performance do no such thing.

Scientists who examined the claims made for some of sport's leading brands found "a striking lack of evidence" to support them.

Inadequate public information is available about the recruitment performance of trial site investigators despite their importance to the success of multicentre clinical trials.
Advertisement

Sports products might help elite athletes, but there was a "worrying" lack of evidence supporting their advertised effects on average participants of sports, the Independent reported.


According to researchers from the Oxford Centre of Evidence-Based Medicine, as an example - tailored training shoes said to reduce injury did not do so.

Blood Donation - Recipients Blood Pressure Calculator Turmeric Powder - Health Benefits, Uses & Side Effects How to Reduce School Bag Weight - Simple Tips Drug Side Effects Calculator Nutam (400mg) (Piracetam) Diaphragmatic Hernia The Essence of Yoga Color Blindness Calculator Sinopril (2mg) (Lacidipine)
This site uses cookies to deliver our services. By using our site, you acknowledge that you have read and understand our Cookie Policy, Privacy Policy, and our Terms of Use