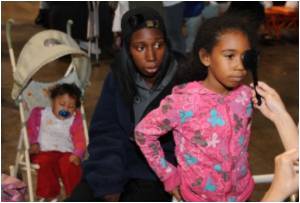 Seven children died and several others are hospitalized due to a mysterious viral fever in Bhainsia village in Uttar Pradesh's Moradabad city.

Three of the children died on Friday (August 27) and four last week.


Due to demise of children within one week, villagers are worried and are blaming authorities for the improper sanitation of the village area.


The mother of an infected child said that children are getting infected by a mysterious disease, the symptoms of which include throat infection, due to which children are not able to eat anything and after that swelling on their ears, which later causes death.

"Doctors are saying there is no cure for this disease in the entire city and are referring the diseased children to New Delhi for advanced treatment. By the time villagers take their children to Delhi, the children die on the way," said Premwati, mother of an infected child.

The Chief Medical Officer (CMO) of the city said the viral infection is causing due to changes in weather, which affected the brains of the infected children.

"The children who have less immunity, they easily get lung infections and chances of pneumonia is more in them due to which, they get infections in brain, and it leads to their deaths," said R. K. Saxena, Chief Medical Officer at Moradabad.

"Our team of doctors are already helping the villagers and around 10 children have been referred to the hospital till today, to whom doctors are giving their best treatment," he added.

The children of the village are being admitted into the hospitals of the Moradabad city as doctors and municipal workers hasten to contain the outbreak.