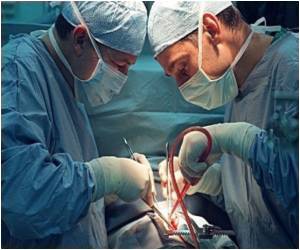 The most common type of birth defect and the number-one cause of pediatric deaths are congenital heart diseases, which affect approximately one in 100 patients.

Now a new study showing that the mTOR inhibitor drug rapamycin can reverse cardiac muscle damage in a mouse model of the congenital disease LEOPARD syndrome not only identifies the first possible medical treatment for this rare condition, but also demonstrates the importance of targeted therapies in managing congenital diseases.

The research, led by investigators at Beth Israel Deaconess Medical Center (BIDMC), is published in the March issue of the Journal of Clinical Investigation (JCI), which appears on-line today.


"The genetic mutations that alter the signaling pathways involved in cardiac development have been implicated in approximately 30 percent of the defects associated with congenital heart diseases," explains the study''s senior author Maria Kontaridis, PhD, a scientist in the Division of Cardiovascular Medicine at BIDMC and Assistant Professor of Medicine at Harvard Medical School. "But the molecular underpinnings of these mutations have not been clear. This new work helps illuminate their complex biochemistry."

Congestive heart failure (CHF) is a condition in which the heart fails to work adequately as a pump that can deliver oxygen rich blood to the body.
Advertisement
Kontaridis''s lab investigates LEOPARD syndrome and Noonan syndrome, two of a cluster of congenital diseases known as "RASopathies," which are the result of defects caused by mutations in genes in the RAS signaling pathway.

LEOPARD syndrome affects approximately 200 individuals worldwide and is clinically distinguished by multiple lentigines (freckle-like spots on the skin), as well as craniofacial defects, deafness, and blood abnormalities which can give rise to pediatric leukemias. Hypertrophic cardiomyopathy - a thickening of the heart muscle that typically leads to heart failure - is also associated with LS. With the exception of lentigines, Noonan syndrome patients exhibit nearly identical features and pathologies.

But, this new study showed that this was not the case. By creating an LS mouse model that reproduced features of the human disorder, the Kontaridis group found that the mutations in PTPN11 that cause LEOPARD syndrome are distinct, and lead to a loss of phosphatase activity and hyperactivation of the AKT/mTOR pathway -- which leads to the development of hypertrophic cardiomyopathy.

"When these mice were treated with rapamycin [an mTOR inhibitor agent best known for its role as an immunosuppressant] the hypertrophic cardiomyopathy was reversed," she explains. "Our next step will be to test rapamycin in a clinical trial to evaluate the effect of this treatment in humans with LEOPARD syndrome. Patients would be enrolled on the basis of biochemical analysis [i.e. mTOR activity] rather than clinical diagnosis."

A related study in today''s on-line issue of the JCI, by a team of scientists at the University Health Network, Toronto, found that in a mouse model of Noonan syndrome, excessive activity of an enzyme called ERK (a downstream target of the RAS pathway) led to the development of hypertrophic cardiomyopathy, and that treatment with an ERK inhibitor currently being tested as an anti-cancer agent, reversed the cardiomyopathy. This study was led by UHN scientists Toshiyuki Araki and Benjamin Neel, who was also a co-corresponding author on the Kontaridis paper.

"Together, these two studies demonstrate for the first time that individualized therapy should be considered for patients with RASopathy disorders," says Kontaridis. "Our findings in LEOPARD syndrome may additionally provide the first glimpse of a much broader implication -- a potential mechanism for the treatment of other, more common congenital hypertrophy disorders."

This study was funded by grants from the National Institutes of Health, the Sao Paulo Research Foundation and the Frederick Banting and Charles Best Canada Graduate Scholarship. The work was also supported, in part, by the Milton Fund and the BIDMC Division of Cardiology, and by the Ontario Ministry of Health and Long Term Care.

Beth Israel Deaconess Medical Center is a patient care, teaching and research affiliate of Harvard Medical School and consistently ranks in the top four in National Institutes of Health funding among independent hospitals nationwide. BIDMC is a clinical partner of the Joslin Diabetes Center and a research partner of the Dana-Farber/Harvard Cancer Center. BIDMC is the official hospital of the Boston Red Sox. For more information, visit www.bidmc.org.

The correlation between diet, lifestyle and heart disease. The importance of balanced diet life style and exercise for controlling heart disease.
Advertisement
Advertisement
This site uses cookies to deliver our services.By using our site, you acknowledge that you have read and understand our Cookie Policy, Privacy Policy, and our Terms of Use  Ok, Got it. Close
×