Muted Buskers to be Given Their 'Voice' 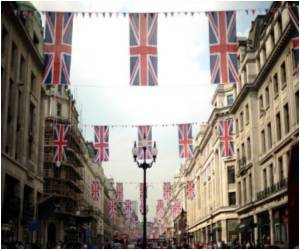 Mayor Boris Johnson is leading calls for the buskers' voices and guitars to be heard again being concerned that London's seasoned street musicians are being silenced by excessive regulation.

Camden Town in north London, with its punks and a high street bristling with 'alternative' shops, has long been a favoured destination for young visitors. But several months ago, buskers were ordered to silence their instruments by 9:00 pm.

12-year-old is the Youngest Mother in Britain

After giving birth to a baby girl, this 12-year-old schoolgirl and her 13-year-old boyfriend have now become the youngest parents in Britain.
Advertisement

Some fear that in bowing to the residents' complaints about noise, Camden has surrendered a slice of its identity.


The borough of Camden was the last to allow artists to perform freely, but has now introduced a system of paid licences for street musicians.

Amplifiers and percussion and wind instruments have been banned, but compared with other more draconian districts, Camden is still a haven for buskers.

Britain is the European King of Anti-Cholesterol Drugs

It is perhaps no surprise that Britain is the European king of anti-cholesterol drugs with some seven million users, as the home of cooked breakfasts and pints of beer.
Advertisement
"I fear some parts of the capital could become no-go areas for buskers," mayor Johnson warned this month as he launched the #BackBusking campaign to support street musicians.

"Rather than shackling our musicians with unnecessary bureaucracy, we should treasure the spontaneity they bring to our high streets and town centres," Johnson said, before pledging to re-establish London's status as the capital of live music.

At the same time, Johnson kicked off the this year's "Gigs Busking Competition" contest, which in 2013 saw 200 young British musicians compete in a series of concerts in public places to win a sought-after licence to perform in London's Underground train system.

"Buskers still love coming to London but they're finding it quite difficult to deal with the very different regulations," Munira Mirza, the Deputy Mayor for Education and Culture, told AFP.

"We have 32 boroughs and each one has a different system, and what we're trying to do is make it much more simple for buskers."

Although London boasts the world's busiest concert venue, the O2 Arena, but on the street, musicians accuse the authorities of handing out the majority of their licences to mime artists and magicians as they are quieter and more discreet.

It is they who rule the streets around bustling Covent Garden, the capital's number one public showcase, with musicians playing second fiddle.

Despite the constraints, on a recent weekday one singer strumming a guitar cheerfully rattled his way through Bob Marley's "Everything's Gonna Be Alright" opposite the famous covered market.

Behind him, a blond woman in a red dress took over after two more songs -- but she too relinquished the coveted pitch at the end of the allotted 30-minute time limit.

"Spontaneity" seems to have become a dirty word for the authorities.

Some 280 musicians must audition for spots in Covent Garden in a process organised by Capital and Counties, the property firm that acquired the market for £421 million ($707 million, 512 million euros) in 2006.

Three sessions will be held this year, with each artist given three minutes to impress the jury.

Five hundred yards away in Trafalgar Square, a trio play tunes with a gypsy tinge, impressively flanked by a group of levitating mime artists.

"Here, we don't need authorisation," said the Fabio Cascio, the leader of the band Madame Madness, who moved to London from the Italian city of Turin five years ago, an electric bass guitar packed in his luggage.

He admitted that the rules surrounding busking in London were "confusing", but it was still the place to be.

"London is the best place if you want to be a musician," he said. "Here you can make a living. That's not true everywhere."

With declining rates of worshippers, some of Britain's historic churches are undergoing a different type of conversion and are being converted into pubs and supermarkets.
Advertisement
<< 25 Percent Teachers Victims of Abuse on Social Media
Surgeons Remove Gold Bars from Indian Businessman's Stomach >>

Post-Nasal Drip Drug Interaction Checker The Essence of Yoga Selfie Addiction Calculator Calculate Ideal Weight for Infants How to Reduce School Bag Weight - Simple Tips Drug - Food Interactions Blood Pressure Calculator Find a Doctor Find a Hospital
This site uses cookies to deliver our services.By using our site, you acknowledge that you have read and understand our Cookie Policy, Privacy Policy, and our Terms of Use  Ok, Got it. Close
×

Muted Buskers to be Given Their 'Voice' Personalised Printable Document (PDF)