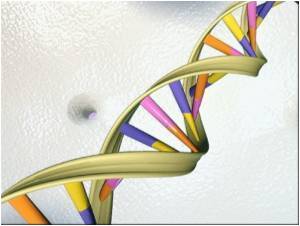 A protein that is a major target of a gene that, when mutated in humans, causes tumors to develop on nerves associated with hearing, as well as cataracts in the eyes has been found by Johns Hopkins researchers.

The protein, named YAP, is linked to the NF2 tumour suppressor gene via a relay of chemical signals that is responsible for shaping and sizing tissue growth by coordinating control of cell proliferation and death.

The study provides strong evidence that YAP someday could serve as a therapeutic target for those afflicted by the ringing ears, hearing loss and cataracts that characterize neurofibromatosis type 2, which develops when the NF2 gene malfunctions, according to Duojia Pan of the Johns Hopkins University School of Medicine.


The new experiments have estimated that the incidence of neurofibromatosis type 2 may be as high as 1 in 25,000 people. It also moves researchers closer to putting their hands on Hippo's trigger, where Pan thinks "the key to organ size control lies."

Bladder Cancer affects the urinary bladder and can be superficial or deep type and this affects its recurrence rate & prognosis.
Advertisement
The team discovered the YAP-NF2 link by studying mice that had been genetically altered so that their livers were missing the NF2 protein.We found out that mutatating NF2 in mouse liver leads to tumour formation," Pan said.

"The liver lacking NF2 was profoundly enlarged by tumors, the same as those in which we previously had perturbed the Hippo pathway," he said.

The hypothesis was that NF2, via the Hippo pathway, suppresses YAP, Pan explained: If removing NF2 resulted in too much YAP, which caused liver tumors, then getting rid of YAP should correct the problem.

To test this, the team genetically altered those mice whose livers were missing the NF2 protein by breeding them to mice that enabled the silencing of the YAP gene. Some of the progeny had no NF2 and no YAP. As a byproduct, the same breeding also produced some progeny that had no NF2 and 50 percent of YAP activity.

"We found we could correct the problem by shutting down YAP," Pan said, "and more than that, we were surprised to discover that even just tamping down the YAP activity by 50 percent resulted in largely normal-looking liver tissue."

The team showed that when they decreased the YAP protein by 50 percent in the liver of a normal mouse (with no NF2 mutation), no abnormal consequences resulted.

However, when they did the same in the context of having removed NF2, the happy consequence was that the liver was appropriately sized and tumour free.

"The exquisite sensitivity of the NF2-deficient tumors to YAP was striking," Pan said.

"This is very powerful, positive data, which we discovered by accident during the process of breeding the mutant mice."

The findings were published in Developmental Cell.

Cancer of the Endometrium, or the inner lining of the uterus (womb) is called endometrial cancer.
Advertisement
Advertisement

Ultrasound scan reveals multiple cysts and there is no function on that kidney when tested on DMSA scan. A ...