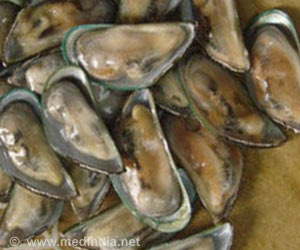 Timothy Mickleborough, professor in the IU School of Public Health-Bloomington, said his findings are similar to his studies involving fish oil but required a much smaller dosage of the supplement.

His new study found a 59 percent improvement in lung function after an airway challenge, and a reduction in airway inflammation, asthma symptoms and use of emergency medication.


"Not only does it reduce symptoms, which will make you feel better, but it potentially could improve athletic performance," Mickleborough said.
Advertisement
In exercise-induced asthma, vigorous exercise triggers an acute narrowing of the airway afterward, making breathing difficult. Other symptoms include coughing, tightening of the chest and excessive fatigue. About 90 percent of people with asthma have this condition, which also is found in an estimated 10 percent or more of elite athletes and as much as 10 percent of the general population without asthma.

Previous studies involving PCSO-524 have found it to be effective in treating osteoarthritis, rheumatoid arthritis and inflammatory bowel disease.

Mickleborough's study is the first to show that it is effective in reducing the airway inflammation experienced by asthmatic study participants diagnosed with exercise-induced asthma.

The study involved 12 men and eight women ages 20 to 24 and was conducted in the Human Performance and Exercise Biochemistry Laboratory in the Department of Kinesiology at IU. All study participants had physician-diagnosed asthma and documented exercise-induced asthma.

The results will be appearing online in the journal Respiratory Medicine.

Quiz on Anti-Asthma Medications
Anti-asthma medications include quick relief and long-term medications. Test your knowledge on ......

Mussels Hold Key to Surgery, Cancer Treatment
Materials that mimic the mussels' sticky proteins have been created by scientists. The synthetic ......